Kevin Byrnes, the 2022- 2023 President of the NYPD Emerald Society, has been suspended without pay after reportedly failing a drug test. 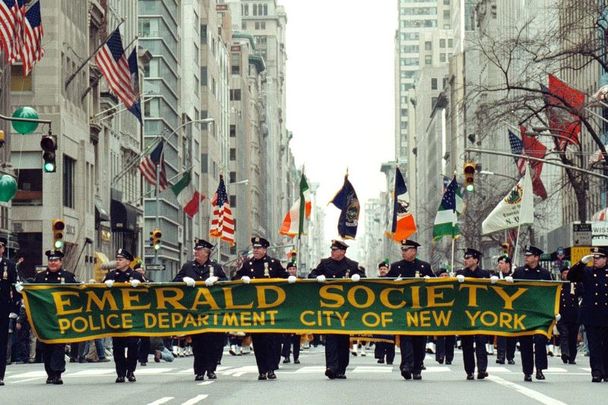 Lt. Detective Commander Kevin Byrnes, the 2022-2023 President of the NYPD Emerald Society, has been suspended after he failed a drug test, the New York Post reports.

Byrnes “is suspended without pay,” a spokesperson for the New York Police Department's (NYPD) Office of the Deputy Commissioner, Public Information told IrishCentral on January 17.

The New York Post reported that Byrnes failed the drug test on January 11, adding that it was "unclear" what triggered the test.

The drug(s) that Byrnes tested for was not disclosed.

An NYPD source told IrishCentral on Thursday that officers can be tested for drugs at random, though sometimes tests are ordered if a tip or complaint is submitted.

According to the New York City Police Department's Disciplinary System Penalty Guidelines, published in 2021, the NYPD "is a drug-free workplace" and NYPD employees are "prohibited from using controlled substances."

Byrnes, who works in the NYPD's Central Robbery Division, joined the NYPD in 1995 and became a lieutenant detective commander in May 2022. Over the course of his career, he has received seven official recognitions, with the latest being Meritorious Police Duty in November 2001.

According to NYC records, Byrnes made $216,015 in the last fiscal year.

Byrnes is the 2022 - 2023 President of the NYPD Emerald Society, which was first launched on March 16, 1953. The goal of the organization from its infancy "was to help foster Irish heritage and tradition within the department, and also to promote and preserve the accomplishments that the Irish have made to law enforcement."

Today, the Society says it "continues to play an important role in fostering and promoting Irish heritage while being a proud member of the NYPD."

Both the NYPD Emerald Society and GCUES were contacted for comment on Tuesday afternoon.