Speaking at a gala event last month, Kerry Kennedy described Prince Harry and Meghan as "heroic" for standing up to racism within the Royal Family, although Harry now claims he never accused any Royal Family member of being racist. 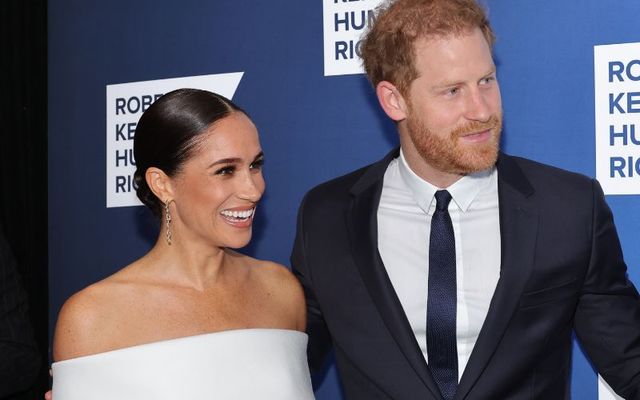 Kerry Kennedy praised Prince Harry and Meghan Markle for standing up to "structural racism" within the Royal Family, comparing them to her father Robert F. Kennedy.

In December, Prince Harry and his wife were recognized at the RFK Ripple of Hope Gala for "their work on racial justice, mental health, and other social impact initiatives".

Speaking to Spanish outlet El Confidencial at the event, Kerry Kennedy described the couple as "heroic" for standing up to structural racism within the Royal Family.

"When my father went to South Africa in 1966, he spoke to an all-white audience.... he said that few will have the courage to confront their colleagues and their fellows and their family and their community about the structures of power that they hold," Kennedy told the outlet in an interview recently obtained by the Daily Mail.

"That's what Meghan Markle and Prince Harry did.

"They went to the biggest institution, the longest-standing institution in all of British history, and they said: "What we're doing is wrong. We can't have this structural racism within this institution'," she added.

Kennedy said Harry and Meghan knew they would be ostracized for publically questioning the Royal Family but did it anyway because "they couldn't live with themselves unless they questioned that authority".

"I think they are very, very heroic to do that."

However, Prince Harry has now claimed that he never accused his family members of being racist toward his wife.

Speaking to ITV's Tom Bradby ahead of the release of his memoirs "Spare", Prince Harry blamed the British press for exaggerating stories about him accusing his family of racism.

Bradby referred to an interview when Harry and Meghan claimed an unnamed member of the Royal Family questioned how dark Archie's skin would be, but Harry said he did not consider that concern to be racist.

"There was - there was concern about his skin color," Harry told Bradby.

"I wouldn't (consider that to be racist), not having lived within that family. The difference between racism and unconscious bias, the two things are different.

"But once it's been acknowledged, or pointed out to you as an individual, or as an institution, that you have unconscious bias, you, therefore, have an opportunity to learn and grow from that in order so that you are part of the solution rather than part of the problem.

"Otherwise unconscious bias then moves into the category of racism."