Robert F. Kennedy Jr. has faced criticism from within his own family before for his views on vaccination. 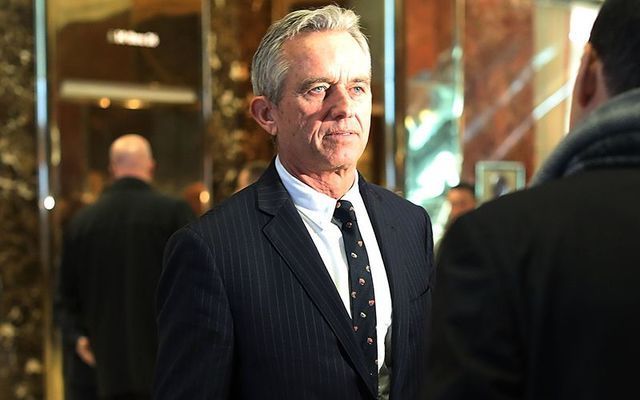 Kerry Kennedy Meltzer has hit out at her uncle Robert F. Kennedy Jr. over his views on vaccinations.

The 29-year-old penned an op-ed in the New York Times on Wednesday, stating that she loves her uncle but that he is wrong "when it comes to vaccines".

Kennedy Meltzer, a doctor who has cared for COVID-19 patients at the height of the pandemic, criticized RFK Jr. in her op-ed for spreading vaccine "misinformation".

RFK Jr. launched several unfounded conspiracy theories during 2020 in relation to the COVID-19 vaccines, claiming that Dr. Anthony Fauci stands to profit from the production of vaccines and that Bill Gates would use the vaccine to track the movements of people around the world.

RFK Jr. has been notoriously anti-vaccination for years and has faced criticism from within his own family before.

Kennedy Meltzer, who works as an internal medicine resident physician at New York-Presbyterian Hospital, was the latest Kennedy to criticize the son of former Senator Robert F. Kennedy, stating that his beliefs were "dangerously wrong".

"As a doctor, and as a member of the Kennedy family, I feel I must use whatever small platform I have to state a few things unequivocally," Kennedy Meltzer wrote in the New York Times.

"I love my uncle Bobby. I admire him for many reasons, chief among them his decades-long fight for a cleaner environment. But when it comes to vaccines, he is wrong."

Kennedy Meltzer said that she was concerned as her uncle's name and platform carry weight, lending credibility to his views among some people.

She referenced his Facebook post on December 17, shortly after the Pfizer vaccine had been approved by the FDA, where RFK Jr. claimed that US Government health regulators had "utterly abdicated their responsibility to safeguard public health".  The post has been shared more than 5,000 times.

The 29-year-old, who is the youngest daughter of Kathleen Kennedy Townsend and the granddaughter of Robert. F Kennedy, wrote that there was already reluctance among the American population to take the COVID-19 vaccine and that RFK Jr.'s views would convince more people not to take the vaccine.

Quoting a December 15 survey by the Kaiser Family Foundation, Kennedy Meltzer noted that around one-quarter of the American public state that they "probably or definitely would not get a COVID-19 vaccination".

She accused her uncle of overplaying incidents of allergic reactions to the COVID-19 vaccine that have occurred in the US so far to whip up more fear over the vaccine.

"An anaphylactic reaction to a vaccine is a serious matter, no question," she wrote. "But it does not necessarily signal that the wider public is at risk.

"The Pfizer vaccine was administered to more than 20,000 participants in clinical trials; 15,000 participants received the Moderna vaccine. Both trials concluded that the vaccines were safe."

Kennedy Meltzer noted that more than two million doses of the Pfizer vaccine had already been administered in the US with just 11 serious allergic reactions reported.

"Serious side effects of the Covid vaccine have been extraordinarily rare, but health care providers are aware of them, and are responding appropriately by monitoring vaccine recipients, especially those who have a history of allergies."

"This vaccine is our best opportunity to save lives," she continued, arguing that the alternative is much worse.

"There were times when I called my patients' family members, and told them that their loved ones couldn't talk because they needed an emergent breathing tube,

"When the vaccine is offered to you, I urge you to take it," she concluded. "Do it for yourself, for your family and for your friends. Do it for your country."