Irish man Keith Byrne's fight to stay in the US progresses

As Keith Byrne's legal team has submitted their appeal with US Immigration, ICE has granted the Irish man a 90-day stay in the US. 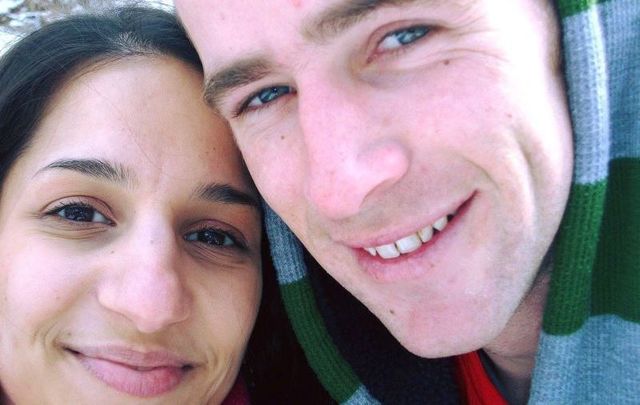 Keith Byrne and his wife Keren are continuing their fight to keep the Irish man in the US. Keith Byrne, Facebook

As Keith Byrne's case is being reviewed, ICE has granted him a 90-day stay in the US

Keith Byrne and his legal team have officially submitted paperwork with  US Citizenship and Immigration Services that ensure the Irish man's case is “getting a second look after a prior denial."

Speaking with The Irish Times, Byrne’s lawyer Tom Griffin said his legal team’s response was submitted last week at the end of Byrne’s temporary 30-day release from prison in the US.

“We’ve put forth legal argument as to his eligibility, as well as a hardship waiver to overcome any bars to admission based on his offense history in Ireland,” Griffin said.

Byrne separately told Cork's RedFM that upon submitting their appeal, ICE granted him a 90-day stay in the US.

Griffin told the Irish Times that Byrne “will not be a priority for arrest and removal until he has exhausted his attempts at legalizing his status.”

Griffin previously told Chestnut Hill Local that before Byrne was temporarily released from prison on August 14, he had begun to explore plans to sue, arguing that “the government violated the federal Administrative Procedure Act when it failed to properly investigate Byrne’s previous appeal for an adjustment of the case.”

However, “all of a sudden on August 14, the U.S Citizenship and Immigration Services sent out a letter to them stating that it was reopening his case on its own accord.

“That muted any need to file a suit,” Griffin said, “because if we won our suit the judge would require the agency to hear our case again the right way.”

In July, Byrne was arrested by Immigration Control and Enforcement (ICE) while on his way to work in suburban Philadelphia. He was detained and nearly deported back to his native Ireland when a last-minute intervention permitted for a re-examination of his case.

Byrne, a native of Fermoy in Co Cork, arrived in the US in 2007 on a 90-day travel visa. He overstayed his visa having met and fallen in love with Keren, an American. The two married in 2009 and now have two children together, and also raise Keren’s son from a previous relationship. The family purchased a house outside of Philadelphia earlier this year, and Byrne owns and operates his own small house decorating business. In the US, Byrne is a tax-payer with no criminal record.

Byrne says that he and his wife have been working with immigration authorities to rectify his status in the US, but points to a marijuana possession charge from when he was still living in Ireland as the main hold-up for his residency denial. Byrne has since said he is “embarrassed” by both the US and Irish governments for the predicament.

Keith Byrne and his children

On August 29, Keith Byrne told Cork’s RedFM radio host Neil Prendeville that his arrest “catapulted everything forward because before ICE it was moving very slowly.

“Yesterday morning I went to the ICE office and they gave me 90 more days because we gave them paperwork proving that we are moving forward with the case. We have filed everything we have to file.”

Byrne later noted that while he was granted a 90-day stay, it could take 3 - 6 months for ICE to issue their response.

"I would assume if we don't hear back in the 90 days, we would have to hope that ICE will give us more time, which I'm sure they will."

Byrne said happily that he was officially back to work and added: “Our lawyer is pretty confident. He has a gut feeling we are going to get it right in the end.”

You can listen to Keith Byrne's entire interview on Cork's RedFM here: