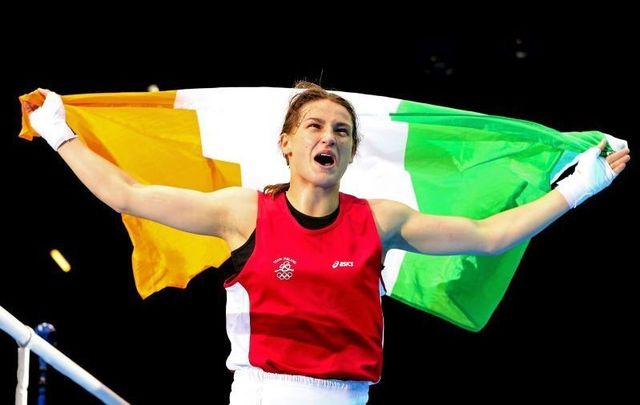 The big fight is on – undisputed world lightweight champion Katie Taylor will meet Amanda Serrano at Madison Square Garden on Saturday, April 30 in a fight that will be seen as a watershed moment for women’s boxing.

Taylor and Serrano will make history as the first female fighters to headline in the main Garden when the Irish hero will put her WBC, WBA, IBO, and IBF belts on the line for the sixth time.

Having previously beaten Serrano’s older sister Cindy in Boston in late 2018, Taylor will know what to expect from the seven weight world champion from Puerto Rico.

“This is a fight I’ve wanted for a long, long time and I’m just excited for it to finally take place because these are the kind of fights I’m in the sport for,” confirmed Taylor, 35, when the big fight was announced.

“People have been talking about this fight for years and there have been times I wondered if it was ever going to happen so I’m very grateful to Eddie Hearn, everyone at Matchroom, DAZN, and Madison Square Garden for getting it over the line.

“When I turned professional my goal was to be involved in huge events like this so to headline at Madison Square Garden in a fight of this magnitude is really the pinnacle of the sport. It’s such an iconic venue and has been home to so many of the historic moments in boxing and I truly believe this will be another one.”

? "These are the kind of fights I was born for."

A delighted Serrano said, “It is a dream come true to have the opportunity to headline Madison Square Garden and do so against one of the greatest boxers of all time in Katie Taylor.

“Since I was a young girl, my only boyfriend has been boxing. I have dedicated my life to him, and this event makes that commitment worth every minute. On April 30 I am going to make history for me, for my team, for my family, for Puerto Rico, for every Latina and Latino and for all women worldwide.”

Serrano, 33, is trained and backed by YouTuber boxing star Jake Paul and his Most Valuable Promotions company.

The 25-year-old boisterous Paul got into it last week with rival promoter Bob Arum, the 90-year-old legend who is staging a super-featherweight unification fight between Óscar Valdez and Shakur Stevenson in Vegas on April 30.

Arum says his fight will easily overtake Taylor vs. Serrano in popularity.

“As good a fight as that is, come on, for whatever reason it is, people don’t particularly pay attention to the women fights,” Arum said.

“I don’t wanna denigrate fights, I don’t wanna be accused of being anti-women in sports, but I’m telling you, this is like the Premier League against women’s football.”

Paul wasn’t impressed. “Men like this dinosaur are the reason women haven’t been given a fair shake in many parts of society,” he said.

Tickets for Taylor vs. Serrano are on sale now via MSG.com.