Dr. Karen Weekes, a sports psychologist from Kinvara, Co Galway, has become the first Irish woman to row across the Atlantic solo. 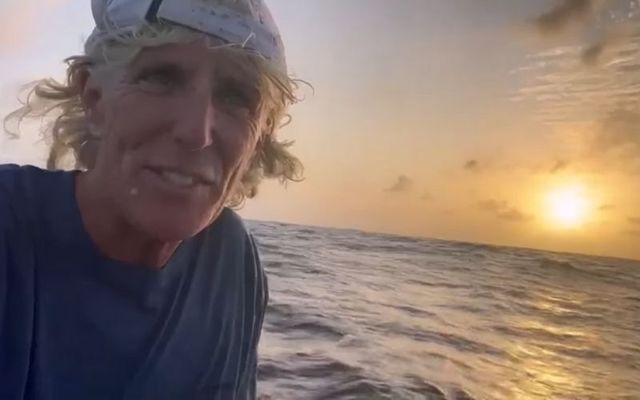 Dr. Karen Weekes, a sports psychologist from Kinvara, Co Galway, became not only the first Irish woman to have completed the crossing on her own, but also the 20th female globally to have rowed an ocean solo.

Weekes, 54, launched her journey from Gran Canaria on December 6, 2021. During her epic 80-day transatlantic journey to Barbados, she endured Atlantic storms, steering problems, squalls, and a close encounter with a hammerhead shark, reports The Irish Independent.

She arrived in Bridgetown in Barbados after nightfall on February 24. A team of Irish supporters was there to welcome her ashore.

Weekes' incredible journey was documented on social media through the #SHECANDO2021 campaign, which aims to provide a platform for encouraging women and girls to push themselves outside their comfort zones and believe in their abilities to succeed both in their work and everyday lives.

Weekes also wants to bring awareness to the UN’s Sustainable Development Goals, specifically on ‘gender equality’ and ‘life under the water’ which focuses on ocean conservation and sustainability.

“I’ve done a lot of endurance journeys before this, so this (was) really the next logical step for me - a feat of endurance to try and push myself mentally and physically further," she said, according to the Cork Independent.

Speaking about her motivations behind starting the #SHECANDO2021 campaign, she said: “When I was cycling across Canada, I was looking up other female solo cyclists who had crossed Canada.

“I thought I would relate better to seeing how a female coped with it. There really wasn’t many. I think having somebody who has done it before makes it easier for other women so my plan, as part of the SHECANDO campaign, is to provide a platform for other girls and women to do things that push them outside their comfort zone."