Irish jockey Rachael Blackmore is wrapping up her already stellar 2021 with three major awards from RTE, BBC, and the Irish Times. 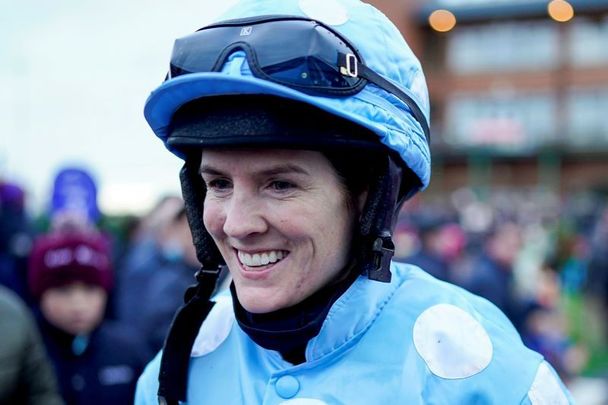 Irish jockey Rachael Blackmore has completed a stunning triple victory by being crowned sportswoman of the year three times in just a matter of days.

The 32-year-old, who hails from Co. Tipperary, became the first Irish person to win the BBC’s World Sport Star award at the Sports Personality of the Year awards on Sunday, December 19, seeing off competition from some of the biggest names in world sport.

The Irishwoman flew to Manchester to attend the BBC event, but due to delays she was late for the ceremony and had to accept her award via video link from Manchester Airport.

“When I put on my dress, I realized that the security tag was still on so that is peak 2021. When I eventually got into the car to come to the studio, I just thought, yeah, this is just my day.”

Reacting to her award she said, “The support has been incredible, and I got such a kick out of being on that list of nominees. It’s kind of overwhelming. It’s unbelievable.”

The BBC award, voted by members of the public, came shortly after Blackmore was named RTÉ Sportsperson of the Year on Saturday night and The Irish Times/Sport Ireland Sportswoman of the Year on Friday.

The trailblazer made history this year as the first female jockey to win at Aintree and Cheltenham. She recorded several historic firsts over a three-week period.

Blackmore rode 11-1 chance Minella Times to victory in the Grand National in April, the first woman to do so in the race’s 172-year history.

She also became the first female jockey to claim the leading jockey title at Cheltenham and went on to win the Champion Hurdle riding Honeysuckle.

Of her achievements this year, she said, “It was just an incredible year.

“The reaction has been brilliant. When you can bring a bit of joy to more people, that makes it even more special.”

She added, “I feel very privileged to have had the year I’ve had.”