Jonathan Dowdall has been placed in witness protection before he is set to give evidence in the murder trial of Gerry "The Monk" Hutch in Dublin. 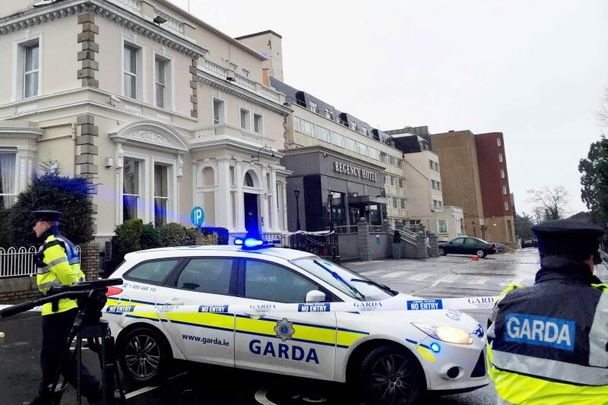 Jonathan Dowdall, a former Sinn Féin Dublin councilor, is entering a witness protection program in advance of giving evidence of a major gangland murder. One of a number of defendants will be a suspect extradited from Spain, Gerry “The Monk” Hutch.

Dowdall, a 44-year-old father of four, will give evidence at the trial of The Monk, 59, who is accused of the murder of David Byrne, who was shot dead at the Regency Hotel in Dublin in February 2016 as part of the Hutch/Kinahan gang feud.

Byrne was linked to the international Kinahan gang, whose leaders are in hiding in the Middle East and who have a $5 million bounty on their heads offered by the US government.

Byrne’s murder was part of a feud that has claimed 18 lives.

In a day of drama on October 3, Dublin’s Special Criminal Court was told that Dowdall – who earlier had pleaded guilty to making a hotel room available for the Hutch gang ahead of Byrne’s murder – will never again live in Ireland.

A charge of murder against Jonathan Dowdall was dropped by the prosecution.

Detective Sergeant Patrick O’Toole said Dowdall’s decision to give a statement to gardai had placed a “very heavy burden” on him and his family. He agreed that while Dowdall had known the Hutch family since he was a teenager and occasionally borrowed money from them, he was not a member of any criminal organization. The detective added that Dowdall did not benefit from the activities of the Hutch crime gang.

O’Toole said the Dowdall family was now in protective garda custody. A risk assessment carried out by gardai suggested a “severe” risk to Dowdall and members of his family.

Jonathan Dowdall’s defense counsel Michael O’Higgins said, “It’s like taking your life and standing it on its head.”

The two Dowdalls will be sentenced next week.

Later the same day, The Monk appeared in the Special Criminal Court on the charge of Byrne’s murder.

His defense counsel Brendan Grehan asked for the matter to be adjourned for one week. He hoped that the new evidence submitted in recent days was considered to be able to indicate a date for the trial to commence.

Two other men, Paul Murphy, 59, and Jason Bonney, 50, face charges of facilitating Byrne’s murder by providing motor vehicles to the criminal organization which allegedly carried it out.