Irish American hero celebrated in Colorado after being killed by cops

After killing a gunman who had opened fire and killed a cop, "heroic" Johnny Hurley was killed by responding police in Colorado who spotted him holding the gunman's rifle. 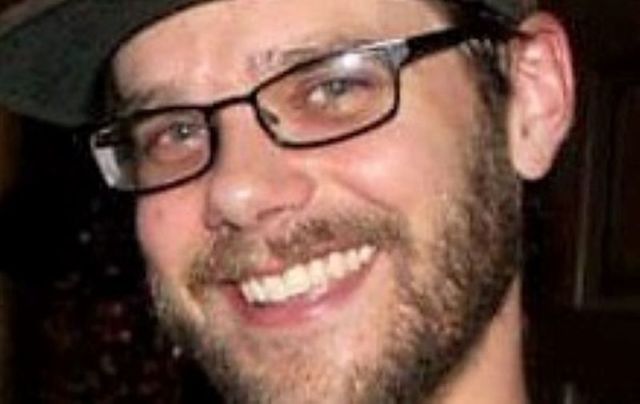 Johnny Hurley has been described as a "hero" by the Arvada Police Department. @ArvadaPolice, Twitter

A community in Colorado came together on Saturday to celebrate the life of an Irish American hero who was shot dead by police after he himself had killed a gunman who had just murdered a police officer.

Hurley, who shot and killed Troyke, was holding the gunman's rifle when he was shot by the police who were responding to the incident.

In a statement, Arvada Police said: "Mr. Hurley is a hero. He saved numerous lives to include civilians and other Arvada Police Officers."

The statement added: "Arvada PD views Mr. Hurley's actions as heroic; it is clear that he intervened in an active shooting that unfolded quickly in a busy commercial area in the middle of the day, and that he did so without hesitation.

Arvada Police Chief Link Strate issued a video press release after the incident. (Warning, CCTV footage from the incident may be disturbing to some viewers).

Arvada Police Department confirmed that Officer Beesley was responding to reports of a suspicious person in Arvada's Olde Town Square when he was gunned down by Troyke.

In a timeline of events, Arvada Police say that Troyke got out of his truck with a 12 gauge semi-automatic shotgun, ran after Officer Beesley, and yelled at him. Beesley turned around and was shot twice by Troyke. Police say that Beesley did not reach for his gun and took no defensive action.

Troyke then shot out the windows of patrol cars parked in the area, as fired shots into the air before running back to his truck to get an AR-15.

Troyke then ran towards Olde Town Square with the long gun and was ultimately confronted by Johnny Hurley, who shot and killed Troyke with a handgun.

A responding Arvada Police Officer then encountered Hurley, who was holding the suspect’s AR-15. The officer shot and killed Hurley.

A subsequent search of Troyke's home found several notes suggesting that he planned to kill as many police officers as he could.

"We the people were never your enemy, but we are now," one note said. "Today I will kill as many Arvada officers as I possibly can," another said.

On Saturday night, Hurley's friends and family gathered in Olde Town Arvada to celebrate his life.

The celebration lasted two hours, with loved ones and community members alike showing their grief and gratitude near an impromptu memorial of flowers and signs.

Friends and family members remembered Hurley with a moment's silence at the beginning of the celebration before a speaker urged mourners to write messages in chalk as a dedication to the 40-year-old hero.

Hurley's family received a round of applause during the event on Saturday, while his sister briefly addressed the mourners, stating that she felt like she had gained a lot of brothers and sisters in the wake of the tragedy.

A GoFundMe launched by a friend of the Hurley family on June 23 has already raised more than $65k.

Jefferson County District Attorney has opened an investigation into Hurley's death, while the Arvada Police Department has confirmed that it is investigating Beesley's murder.

Hurley's family say that they have received support from the city and the police and that they look forward to the verdict of a third-party investigation.

"Our beloved son and brother Johnny is no more. We loved him dearly. May he rest in peace," Hurley's family said in a statement released by the District Attorney's office.

"Before Johnny engaged in a clear-eyed response to a dire situation, he was already a wonderful human being with a great enthusiasm for life. Johnny had an inquiring mind, independent spirit, and strong principles, though he was beholden to no single cause or belief. He called out injustice when he saw it."