John McNamee's relatives have flown from Ireland to search for the Co Tyrone man who has been missing in Jacksonville, Florida, where he's lived for more than a decade, since last month. 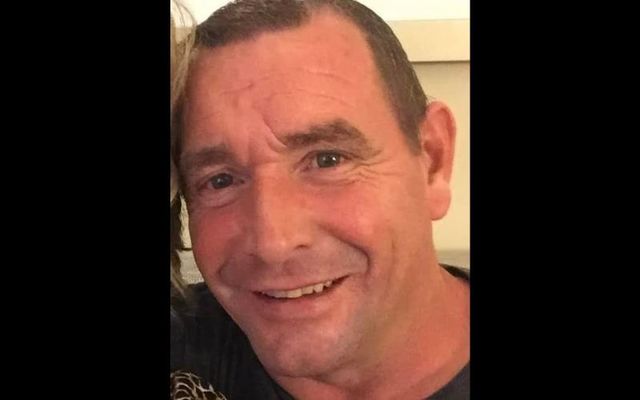 Co Tyrone native John McNamee has been missing in Jacksonville, Florida since May 25.

John McNamee, a native of Pomeroy in Co Tyrone who has lived in Jacksonville, Florida for 13 years, has been missing since May 25. Some of his family have now flown from Ireland to the US to assist in the ongoing search.

The search for McNamee, a father of two young daughters, is focusing on a truck registered in his name that has been parked at a Quality Inn hotel since May 26. Police say McNamee was not registered as staying at the hotel, nor any of the nearby hotels. The truck, which had not been reported stolen, showed no evidence of foul play.

In a public social media post, McNamee’s wife Jennifer describes her husband as a 47-year-old white male who is 5’5 and 145 lbs with green eyes, salt and pepper hair, and having an Irish accent.

“The victim was reported missing by his family and efforts to locate him have been unsuccessful,” the post, which is being widely shared, said. “We are attempting to locate him to ascertain his safety.”

First Coast News reports that Jennifer told the Jacksonville Sheriff’s Office that she had not heard from John in several days and she knew he had left his truck behind. The two are going through a divorce and Jennifer was trying to serve John with an injunction; she thought the truck was hidden behind the hotel because McNamee was hiding, not wanting to receive the injunction.

“None of it makes sense,” Jennifer told First Coast News. “How does someone just disappear without a trace, you know?"

She added: “I just don’t know if he was just going through a mental breakdown, or what was happening but he lived for those two girls and he’s never been away from them this long. You know they miss their daddy."

Anyone with information about or sightings of John McNamee is encouraged to contact Jacksonville Sheriff's Office.

A Facebook appeal has also been launched in recent days to share information and updates about the missing Tyrone man.

In Ireland, at least two politicians have drawn attention to the ongoing search, including Sinn Féin MPs Michelle Gildernew and Francie Molloy.

A GoFundMe was launched five days ago to assist John’s family in traveling from Ireland to the US to help in the search. As of Wednesday afternoon, it has surpassed its £12,000 goal with more than £14,200 in donations.

The fundraising page says in part: “The police in Jacksonville have told the family their enquiries are ending due to a lack of leads which the family are totally devastated about, so the sooner they can get people over there to search the better.

“This is totally out of character for John, he is always in contact with family at least 3 or 4 times a week. John has 2 young children who he adores and they are missing him terribly.

"John’s car was located next to a forest park close to Jacksonville airport and police said they have searched the nearby forest but have hit a stalemate and are proving very hard to have any further communication with them to try and help us. To date, there hasn’t been any sightings of him.

“We would be grateful for anyone in the Jacksonville area to come out and help us search for John, we just need him found.”

On June 12, an update on the GoFundMe said that John's friend and uncle were en route to Jacksonville. The following day, the fundraiser's organizers said that the page will be shut down on June 22.

McNamee's friends and relatives now continue their search in Jacksonville.