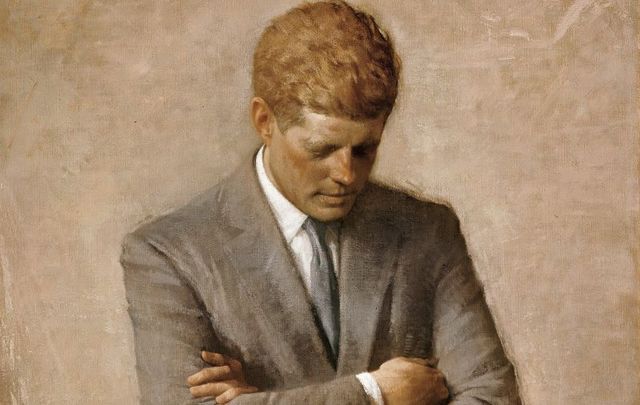 John F. Kennedy, the first Irish American Catholic President of the United States, receives a special tribute in the 2020 Christmas decorations at The White House.

In a press release shared on November 30, the White House said:  “Entering the Ground Floor Corridor is the Vermeil Room, a collection made up of more than 1,600 pieces, many of which are on display.

"To preserve the White House for the American people, First Lady Jacqueline Kennedy established the 'People’s House' as a living museum and laid the foundation for expanding the diversity of the collection.

"Sharing in this love for arts and culture, President John F. Kennedy’s official portrait is featured on the graceful trees.”

“Over the past four years, I have had the honor to travel to some of our nation’s most beautiful landmarks and meet some of the most compassionate and patriotic American citizens. From coast to coast, the bond that all American’s share is an appreciation for our traditions, values, and history, which were the inspiration behind the decorations this year.

“Thank you to all of the staff and volunteers who worked to make sure the People’s House was ready for the holiday season. Wishing everyone a Merry Christmas and a happy and healthy New Year.”

“America the Beautiful” #Christmas at the @WhiteHouse pic.twitter.com/2kCBET7EcL

The Association says: “With this ornament, we remember President Kennedy through his posthumous official White House portrait, made in 1970 by Aaron Shikler, the artist selected by the president's widow, Jacqueline Kennedy. The portrait, symbolic of his unfinished presidency, hangs in the White House today. Shikler recalled that Mrs. Kennedy did not want the portrait to look the way other artists had portrayed him.

"'I painted him with his head bowed, not because I think of him as a martyr," Shikler said, "but because I wanted to show him as a president who was a thinker... All presidential portraits have eyes that look right at you. I wanted to do something with more meaning. I hoped to show a courage that made him humble.' 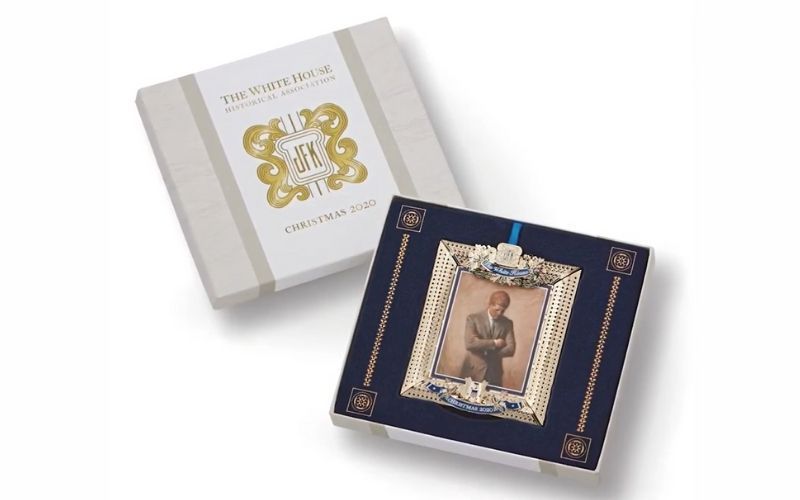 "The reverse of the ornament features the dates of President Kennedy's brief term, 1961-1963, on either side of an engraving of the White House.

"The White House as it is today is another Kennedy legacy. First Lady Jacqueline Kennedy restored the furnishings and decor of the State Rooms to the era of the early presidents and invited the public to view them in a television special. "The White House belongs to the American people," she said.

"The White House Historical Association, which Mrs. Kennedy founded in 1961 continues today to fulfill the mission she envisioned: "to enhance understanding, appreciation, and enjoyment of the historic White House." The Association remains a lasting legacy of a presidential term unfinished."