Social media posts have claimed the first lady removed historic roses and trees from the White House Rose Garden in a recent renovation. 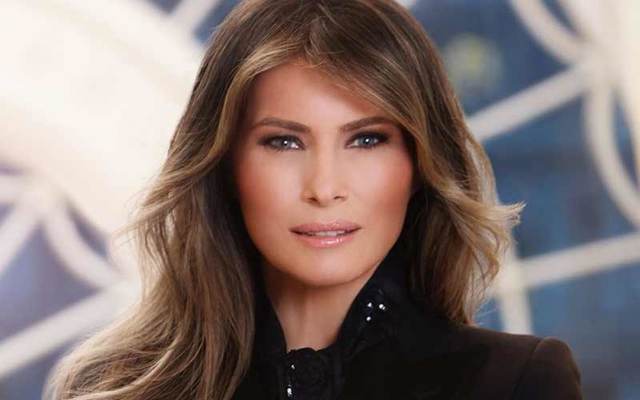 Social media posts have claimed that First Lady Melania Trump "ruined" the White House Rose Garden by removing historic roses and “cherry” trees from the space in a recent renovation.

The firestorm of criticism came after the newly revamped garden was revealed to the press last week.

I'm really pissed about the Rose Garden. It's a minor thing, I know, but it's our house not Melania's and the garden was designed by Jackie Kennedy and was still beautiful.

The famous garden borders the Oval Office and the West Wing of the White House and is commonly used for media events and receptions.

Excited to honor history & celebrate the future in our beautiful @WhiteHouse Rose Garden this evening. Thank you to all who helped renew this iconic & truly gorgeous space. pic.twitter.com/ggiqLkdGbw

The first garden in the space was first built during the 1902 Roosevelt renovation at the suggestion of First Lady Edith Roosevelt and was based on a traditional 18th century American garden. In 1913, First Lady Ellen Wilson replaced the colonial-style garden with a formal rose garden.

The current design dates back to the Kennedy Administration, when Rachel Lambert “Bunny” Mellon redesigned the space to create a defined central lawn bordered by flower beds, hedges, and crab apple trees - not cherry trees.

Before and after photographs of newly renovated White House Rose Garden:
courtesy #Getty and @marycjordan pic.twitter.com/w6bzoNHMjC

One meme posted to Facebook claims that “Melania dug up the WH Rose Garden, removing roses from every First Lady since 1913.”

According to Snopes, it is not true that the garden contained roses planted by every first lady since 1913. The website also confirms that the crab apple trees removed in the recent renovation were not the same trees as the ones originally planted in the garden during the Kennedy administration.

According to landscape historian Marta McDowell, the author of “All the Presidents’ Gardens,” the crab apple trees have already been replaced three times since the original planting in the 1960s.

Melania Trump destroyed Jackie Kennedy's Rose Garden. Think about that. Does it matter much? No. But it sure is emblematic of whose these people are.

McDowell also suggests that the trees were removed because they created too much shade for the roses.

“If you want roses, you can’t grow them in the shade,” she said.

You ruined it! It's now cold and clinical. Your attempt to one up Jackie Kennedy is an epic fail. Who chops down trees???

(The 10 trees removed from the garden this year have been placed in the White House greenhouse and will reportedly be replanted elsewhere on the grounds.)

McDowell said that a landscape report completed in 2020 by the Committee for the Preservation of the White House notes that the flowers in the garden have continually been removed and replaced.

It makes sense that Melania would destroy Jackie Kennedy’s Rose Garden. Jackie Kennedy was Camelot-grace, sophistication & beauty. That was reflected in her garden.

Sadly, it completely clashes with apocalyptic, I will kill you all to save myself vibe the Trumps are going for.

“Is the garden outside your back door the same as it was 60 years ago? That’s what people are suggesting,” said McDowell, adding, “Roses don’t live that long.”

McDowell also said that it was actually U.S. President John F Kennedy who had the idea to redesign the Rose Garden, not his wife.

Melanie Trump has said that the 2020 redesign “returned the garden to its original 1962 blueprint.”

The renovation has also improved accessibility under the Americans with Disabilities Act.