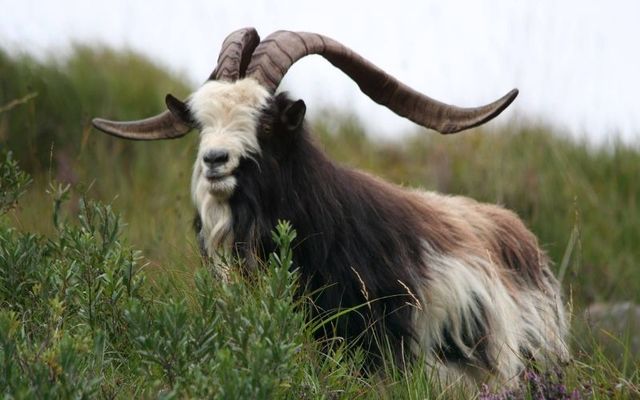 Know someone who loves Ireland, goats, and being outdoors? This particular combination could make them a perfect candidate for this unusual job.

A new career opportunity is being advertised by Fingal County Council in Dublin, in a groundbreaking conservation grazing project with the Old Irish Goat Society.

The Old Irish Goat Society is a group dedicated to breeding this species of Irish animal in an effort to keep this rare native breed alive.

Similar to a shepherd, the goatherder will be in charge of 25 goats, bringing them over the hills of Howth in the suburbs of Dublin. By doing this, the hope is that the goats will help keep gorse, heather, and other flammables down.

Up until the 1940s, Howth Head was traditionally grazed by livestock and goats in particular. With the decline of traditional grazing, wildfires became more frequent, gorse and bracken expanded and the diversity and quality of the heathland declined.

Great News Killian! We still have a long way to go to ensure the survival of this ancient breed so it's fantastic to see these guys thriving at Wild Ireland! 🙂 We thank you for your support..🙂🙂

The position will also trial, for the first time in Ireland, the Norwegian “no-fence” system which employs GPS tracking.

The goats will be brought from the national herd of Old Irish Goats in Mayo. The species is Ireland’s indigenous landrace breed, now critically endangered and only found in remote mountain ranges roaming in feral herds.

After arriving in Ireland during the Neolithic age, about 5,000 years ago, they adapted naturally to the Irish landscape over time.  They move differently to modern (improved) goat breeds due to their height to leg length which has resulted in a small stocky goat with short legs and a long body.

For the role, experience in goat or hill-sheep farming is essential and the job is described to "include training in short courses and a full year of hands-on work experience, which will support career development in nature conservation/farming."

More information on the role can be found here and the position comes with a salary of €45,000,