A panellist on Today FM's "The Last Word with Matt Cooper" described J.K. Rowling as a "transphobic bigot" in September. 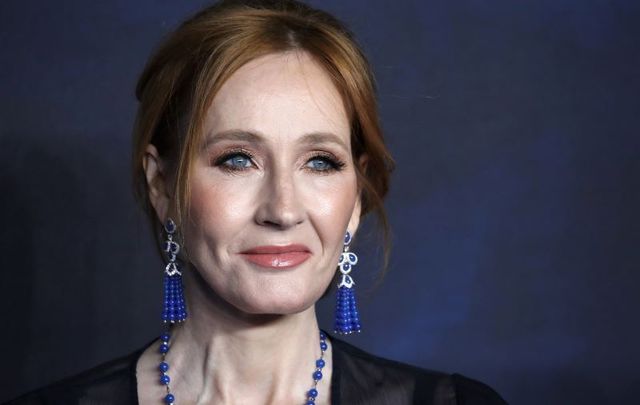 The Broadcasting Authority of Ireland (BAI) has upheld a complaint about British author J.K. Rowling being described as a "transphobic bigot" during a September radio broadcast.

In a statement on April 14, the BAI said that it considered 10 complaints at meetings held in October 2020 and January 2021.

Of these, one complaint was upheld, and nine complaints were rejected.

The one complaint that was upheld came in response to the September 18, 2020 episode of "The Last Word with Matt Cooper" which aired on the Irish radio station Today FM.

The complainant stated that one of the contributors on the show's episode that day stated that J.K. Rowling, the author of the "Harry Potter" series, was transphobic "without providing any evidence to back this up."

Further, the complainant claimed that the allegation of transphobia "not challenged by the presenter or any of the other panellists."

“The complainant believes that this is a very serious accusation, and considers that the segment lacked balance, impartiality or objectivity.”

In response to the complaint, Today FM said that the topic of Rowling and transphobia emerged during a discussion about tweets posted by Irish music duo Jedward in September.

Today FM said that the panel "mentioned that Jedward had tweeted about J.K. Rowling, specifically her comments regarding transgender people" and that "it was in this context that the discussion regarding J.K. Rowling occurred."

Rowling has come under fire in the past from LGBTQ groups for her comments on transgender people.

It matters not what someone is born, but what they grow to be!

Every human life is worth the same, and worth saving!

In its response, Today FM maintained that the panellist on the radio show was entitled to her opinion.

Today FM asserted that "had there been an item solely on the transgender debate, it would have included guests to represent both sides of the argument. However, J.K. Rowling was one of several topics discussed by the panel.

"Furthermore, the broadcaster claims this was not a news or a current affairs piece, rather a lively miscellany in which opinions are encouraged."

Ultimately, the BAI's Compliance Committee upheld the complaint, ruling that the "complaint was made under Rules 4.1 and 4.2 of the Code of Fairness, Objectivity, and lmpartiality in News and Current Affairs. The Code requires that current affairs content is fair to all interests concerned and that the broadcast matter is presented in an objective and impartial manner and without any expression of the broadcaster's own views."

The Committee ruled that the show should be subject to the requirements set out in the Code of Fairness, Objectivity, and lmpartiality in News and Current Affairs.

"While the principle of fairness does not require that all possible opinions on a topic are explored, or that artificial balance is achieved, the Committee noted that the nature of current affairs coverage is such that the presenter plays a critical role in challenging the views of guests and contributors, in the public interest. The Committee had regard for the fact that, in this instance, the presenter did not challenge the panel member or facilitate the exploration of alternative viewpoints. The principle of fairness requires that the approach to covering issues should be equitable and proportionate.

"The Committee were of the view that, given the seriousness of the statements made by the panel member, and the lack of challenge by the presenter, the broadcast was not fair.

"As such, the Committee upheld this complaint."