JFK’s Virginia home “Wexford” on the market for $5.95 million 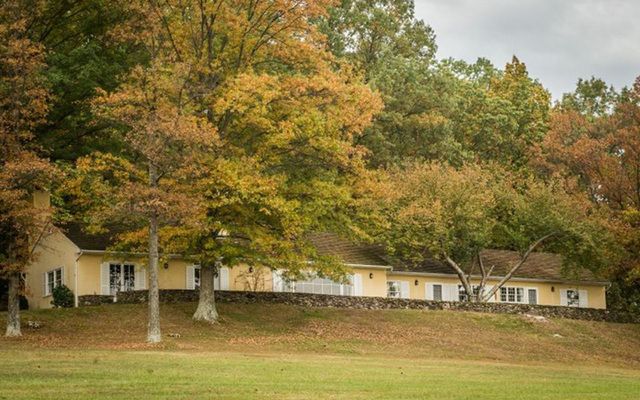 Named after the Irish county from which his ancestors hailed, the idyllic “Wexford” home of President John F. Kennedy is currently on the market at a much-reduced cost of $5.95 million.

“Wexford”, located in Marshall, Virginia, just a small way outside of Washington D.C, was visited by JFK, his wife Jackie Kennedy, and their family just three times before he was tragically assassinated in November 1963. Among all the homes the Kennedy family owned, however, this four-bedroom, four and a half bathroom ranch house was the sole property JFK and Jackie built together, the First Lady designing the home herself.

Although the family was already known to holiday at the Kennedy compound in Hyannis Port, Massachusetts, First Lady Kennedy insisted on another property closer to D.C. Joseph Kennedy supplied the money for the new family home which would allow for some privacy and relaxation on shorter weekend trips. The originally 39-acre equestrian estate was said to have cost $127,000 in total and has since grown ten-fold.

“You have done the most fantastic job and everyone agrees that house is really a dream. One could not wish for anything more perfect—if only we could live in it all year long! And Jack loves it,” Jackie Kennedy wrote to one of the building agents who oversaw the single-story building's redesign.

With the Kennedys hoping for an escape from the hustle and bustle of D.C. the house was completed in 1963, just a few short weeks before the assassination. But it would also play host to another US President almost two decades later when President Ronald Reagan rented the estate from the Kennedy family. Reagan is said to have stayed on the ranch in 1980 and used it as his perfect place of solitude while preparing for the presidential debates.

Although the house itself is relatively small for its price at 5000 sq ft --the average home price in Marshall is $650,000---the ranch stands on 167 acres with a patio, swimming pool, outdoor cooking area, tennis court and a breathtaking view of the Blue Ridge Mountains, which must have created the perfect, serene family getaway for the presidential clan. Could you put a price on that kind of history anyway?

Within the property itself, the original flooring is still maintained, as well as the his and hers dressing rooms and many of the fireplaces, built-in cabinets, and bookcases set out by Jackie Kennedy herself.

And, of course, the safety of the 35th President had to be ensured so there is rumored to be a bomb bunker under the house that the Secret Service could use in the case of an emergency threat to the President’s life.

Unfortunately, the property has already been on the market for quite some time and the current owners are in no immediate rush to sell. It is reported that the house is currently being used as a second home and has been placed on and off the market since 2013. When the ranch house first appeared for sale four years ago, it was priced at just under $11 million but jumped down to a $6 million price tag when it returned to the market on September 6, 2016.