JFK, Jr dressed as a woman to avoid the paparazzi, new book claims

The new book 'The Kennedy Heirs' claims that John F. Kennedy, Jr used to dress as a woman to avoid paparazzi and used drugs recreationally. 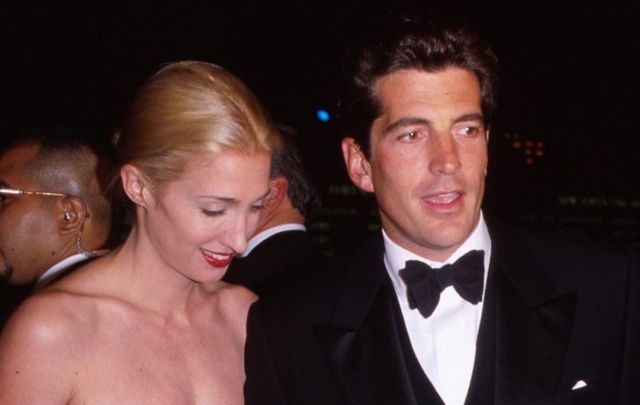 InStyle reports that for his newly-released ‘The Kennedy Heirs,’ author J. Randy Taraborrelli spoke with Lenny Holtzman, a longtime hairdresser to the famous Kennedy family.

Holtzman revealed: “He [John F. Kennedy, Jr] would call me from the Barnstable Municipal Airport when he got to the Cape from Manhattan and say, ‘Lenny, I need my bike and my disguise.’”

“So I’d have to go and meet him with his bike, his wig, and a dress. He’d go into the ladies’ room and change and get on his bike and ride right past the paparazzi."

"They wouldn’t recognize him; he was not an attractive woman. I used to laugh so hard, I would pee in my pants.”

InStyle notes that Kennedy, Jr was typically “lax” in his approach to the paparazzi, but grew more defensive when he began dating and ultimately marrying Carolyn Bessette, who was never at ease in front of the prying cameras.

"He and his friend John Perry Barlow [lyricist for the Grateful Dead] had been doing acid and ecstasy together for years," writes Taraborelli. “Barlow said, ‘[John] thought of them as a way to experience life differently.’ "

"This was the ‘90s when young people, like John and Carolyn, sometimes partied. They had experiences the way people often do," writes Taraborelli, adding, "I found no evidence of any addiction or problems for either of them."

On July 16, 1999, Kennedy Jr, his wife Carolyn, and her sister Lauren died when the plane Kennedy, Jr was flying crashed into the ocean near to Martha’s Vineyard in Massachusetts.