Last Days of JFK, Jr to be revealed in new ABC documentary 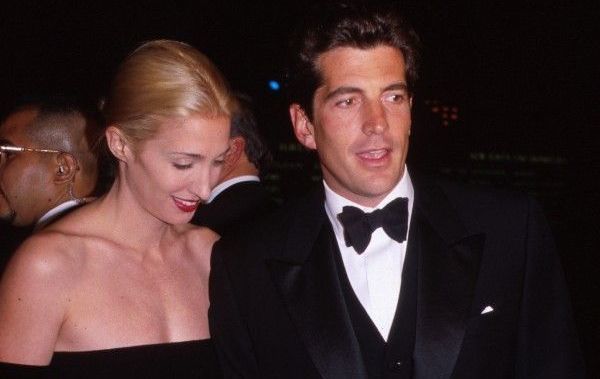 A new ABC News documentary will look at the final days of JFK, Jr. Getty

New television special will examine the life of JFK’s son

People reports that the new documentary promises an inside look at the life of John F. Kennedy’s son, which was cut short in July 1999 when he and his wife Carolyn Bessette-Kennedy both tragically died in a plane crash.

In a statement, ABC said, “The ABC News documentary explores not only John’s life but also the stressors that he was facing in his final days from apparent turmoil in his marriage to keeping his magazine George afloat.”

Michael Gross, a writer for the new doc, says John Jr “was the last glimmer of the fantasy.”

“He was the last prince,” Gross says of JFK Jr.

The documentary chronicles John Jr’s life from the deaths of both his father and uncle, all the way up until his own tragic ending. The film will focus on the struggles that John Jr faced growing up in an American political dynasty and will feature interviews from close friends and family, including two of John Jr’s ex-girlfriends.

Executive producer Terri Lichstein said: “I think John F Kennedy Jr. summed up the fascination and attachment many have with him when he spoke to ABC News in 1992. When asked about his father, he said, ‘One of the reasons why he remains a figure that captures our imagination is that his life was uncompleted and his work was uncompleted and there was that sense of promises that were left by circumstances undone.’”

Lichstein added: “Our documentary is an intimate and personal look at the life of JFK Jr. through new interviews with close friends, and extremely rare footage of his life, and life with Carolyn in those final years and days.”

“I believe it will be a lasting emotional and unforgettable journey for the viewer.”

Author of ‘After Camelot’, J. Randy Taraborrelli says: “You can’t really imagine what it would do to a young person to have both his father and his uncle murdered in the same way.”

“For John, I think that it made him feel that you can’t waste a moment because he didn’t know how long he was going to be here.”

Watch the trailer for ABC News's 'The Last Days of JFK Jr' here:

Will you tune into the new JFK Jr documentary? Let us know in the comments