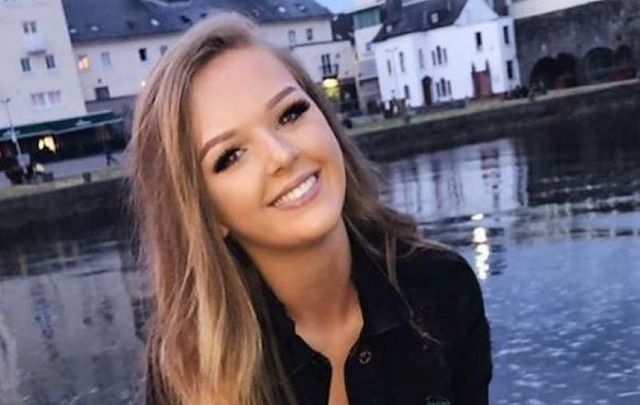 Jessica Moore, a 19-year-old from Co Galway, died on Monday after taking ill at her school’s debs celebration, and just a day before she was due to receive her Leaving Cert results.

Moore, a native of Loughrea, reportedly fell ill and collapsed in the early hours of Monday morning while at her debs celebrations [similar to a prom in the US] at Gullane’s Hotel in Ballinasloe. An ambulance transported her to Portiuncla Hospital where she tragically died a short time later.

A source told the Irish Independent: "This is a sensitive case involving young people and will be handled in a delicate manner by gardaí. The post-mortem examination will take place to determine the exact cause of death.”

In a statement on Tuesday, Moore’s family confirmed the passing of their beloved Jessica: “To the inexpressible grief of her heartbroken parents Brendan & Catherine. Cherished & much-loved sister of Cian & Ali.”

The greatest , and I’ll never be the same without you 壟

Paul Cafferky, the principal at St. Raphael’s College in Loughrea where Moore was a student, paid tribute to teen: “We are deeply shocked and devastated at the death of Jessica.”

“Our immediate concerns are for her family and for our students and staff. She was immensely talented, a very, very bright student.”

“She was very mature and responsible, very sensible who came from a fantastic family and was admired and respected by everyone.”

Jessica tragically died the day before she and scores of other teens around Ireland were due to receive their Leaving Cert results, dictating where they will attend college in the coming year.