AOH Division 5 in Woodlawn will host its annual Spirit of 916 awards benefit on Sunday, October 21 at the Rambling House on Katonah Avenue and 236th Street, from 3-7 p.m. 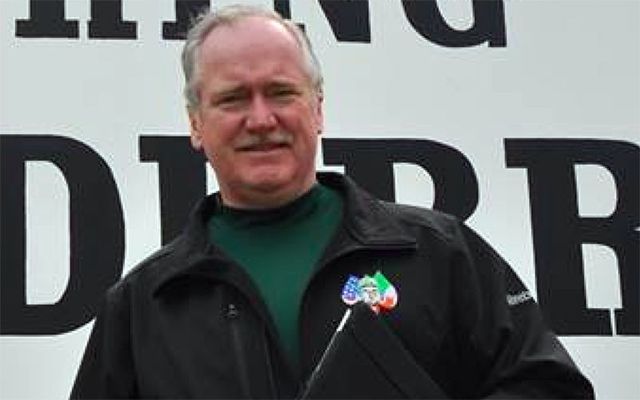 AOH Division 5 in Woodlawn will host its annual Spirit of 916 awards benefit on Sunday, October 21 at the Rambling House on Katonah Avenue and 236th Street, from 3-7 p.m.

“Sean Pender is not only the current national treasurer but also a former Freedom for All-Ireland chair of the Ancient Order of Hibernians. He is being honored for his leadership in the Malachy McAllister campaign and on all AOH campaigns arising from British rule and injustice in the north of Ireland,” AOH Division 5 President Martin Galvin said.

"Dolores Desch is being honored for her leadership role in Albany and throughout the state, raising awareness in the LAOH of the issues in the north of Ireland and participating in organizing the IRISH FREEDOM MANDATE centennial commemoration in the New York State Legislature. She is the first LAOH member to be presented with this award.

“Father Brendan Fitzgerald will be presented with the John Egan Award as Division 5 Man of the Year. Since becoming pastor of St. Barnabas and Division 5 chaplain, Father Fitzgerald has made a tremendous contribution to the AOH, the Woodlawn Irish community and St. Barnabas, most recently in making Gaelic Mass Day a heralded success.

"A special award is being presented to John Dearie for his decade long battle to make American political candidates address Irish agenda issues like visa censorship against Sinn Fein, a special envoy and the MacBride Principles. His efforts in 1992 made the north of Ireland an American campaign issue which opened the door to Sinn Fein visas, the appointment of special envoy Mitchell and dramatic change in the North.”

Division 5 will also award grants for the promotion of Irish charities, Gaelic games and Irish culture in the Woodlawn area.

Music will be provided by Gerard and Susan Corbett. A ticket at $30 includes a free buffet. For tickets or information call 718-994-1410.

Read more: Why young people are joining the Ancient Order of Hibernians