What’s up with leprechauns - the truth about the little people

Review of "The Truth About Leprechauns" by Bob Curran. 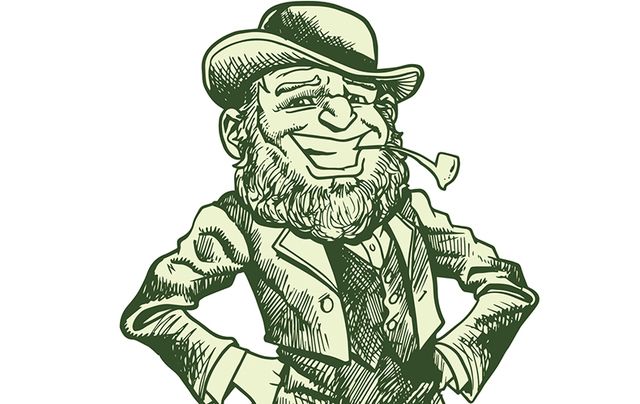 "In the Irish tradition leprechauns are not noted for their friendliness." iStock

Yeats once famously asked an old Irish woman if she believed in the fairies. “Of course I don’t believe in fairies,” she scoffed, adding, “But they’re there.”

That dual ability, to believe and not to believe in something simultaneously, is as Irish as the Blarney Stone. It’s probably a colonial consequence. The ability to hold two opposing beliefs without flinching is a survival mechanism of a long subjugated people.

When Brian Friel created his most famous character Gar O’Donnell in his masterpiece Philadelphia, Here I Come! he had the insight to divide the character in two.

One actor plays Gar’s public face and the other plays his private one. They can talk to but never look directly at each other, because the id cannot see itself.

That tense division, between the public man and his private self, is how powerless people respond to oppression. The public face makes a great show of obsequiousness and subjugation but the private face is secretly mocking all he purports to admire. Sound familiar?

In The Truth About Leprechauns, historian and folklorist Bob Curran invites us to consider the ubiquitous leprechaun. A close relation to the fairies, he is actually a coarser proposition.

Book cover of "The Truth About Leprechauns" by Bob Curran.

Some say that the “wee folk” were once gods, and tall as any man. But as Christianity began to take hold in Ireland their presence began to shrink and shrink until they were diminished in size and influence, explaining their small size, Curran writes.

There are as many types of fairies as there are town lands in Ireland, but somehow the trickster leprechaun has caught the world’s attention and along the way become a kind of exemplar of the Irish themselves.

It’s a bit of a doubled edged compliment, I’m afraid. In the Irish tradition leprechauns are not noted for their friendliness. In fact, they are considered smooth talking rogues who will go out of their way to do you a disservice or worse.

Worse again, they are known to be misers. Always fretting over their little pots of gold and the ever-present threat of its theft, they are extremely selfish and suspicious of all comers. Sound familiar?

If you have ever stepped into an Irish pub somewhere overseas and flinched at the sudden sight of a painting or drawing of a little green hatted leprechaun with his black buckles and pot of gold, perhaps that's why. You sense the insult. That image means us at some level.

Curran does well to contextualize all the possible interpretations of what a leprechaun is or can be.  Where they come from, what they do, why they have taken the shape they have in the popular imagination are all in themselves fascinating questions.

When you live in a country where giving a direct answer to a question could, for centuries, result in the sudden end of your life, it’s no wonder that Irish people developed a reputation for evasiveness, for making contrarian utterances, for their wink and nod culture, for saying one thing but meaning quite another.

Curran also knows that Irish piety is the reflex of Irish playfulness. Christianity may have taken deep root, but it has never been able to entirely banish the traditions of pagan Ireland.

So holy wells are repurposed from their pagan roots, festivals are given a Christian patina, goddesses become saints, but one never quite has the power to completely subjugate the other.

Curran also reminds us that leprechauns are always male. The power of the female is entirely missing from their story, or at least at first.

By being not human men, leprechauns are in their own way suspect and suspicious, a condition that makes them other, which in turn associates them with the female.

But perhaps most poignantly of all, Curran considers the fate of the Sheela-na-Gig, an impossibly old, venal and venerable depiction of female supernatural power.

Most commonly found in stone carvings of ancient Irish churches, she is an image and echo of the half lost traditions of the pagan Irish world, an image and echo that has persisted through all the ages of the new faith.

Just as England never succeeded in subjugating the Irish, neither did Rome. In this book you’ll see the Irish imagination pushing back against the strictures that others set for us, and you’ll be reminded why we did so.