"This election will prove to be historic because it marks the beginning of the end for Unionism, unless they can change their ways." 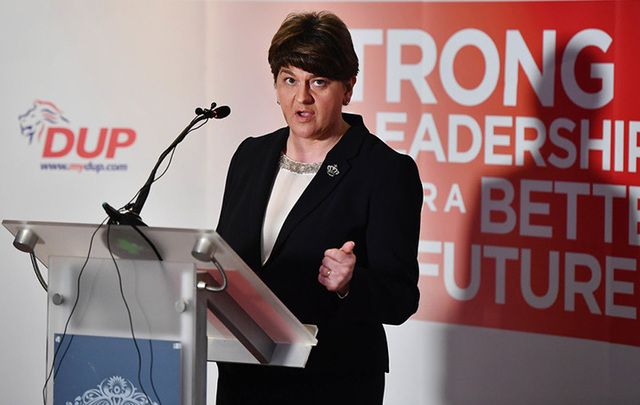 Editor's note: Published in the print publication, The Irish Voice, on March 8th.

The groundbreaking election results in Northern Ireland last week have changed the landscape there forever.

For the first time, the nationalist population has out-polled the unionist one, and Sinn Fein came within a whisker of being the North’s largest party.

The result came after a tremendous on the ground effort by Sinn Fein to expand its political base. A massive increase in nationalist votes was the outcome of that strategy.

The biggest loser in the election was Arlene Foster, leader of the Democratic Unionist Party (DUP), whose inability to forge a working relationship with former Deputy First Minister Martin McGuinness led to the political crisis which resulted in the election.

Sinn Fein took a major political gamble that pulling out of the Northern Executive and possibly ending joint government in the North for the foreseeable future would be a successful winning tactic.

Most of the participants, particularly the two governments, Irish and British, wanted Sinn Fein to persevere and stay in the power sharing arrangement with the DUP.

However, the sheer personal arrogance of Foster in her dealings with Sinn Fein, and her clearly ill-conceived notion that only she spoke for the people of Northern Ireland, came back to haunt her.

She forgot the fundamental lesson that Ian Paisley and Peter Robinson learned: that government by partnership with nationalists was the only way forward in the North.

Foster refused to stand aside during an inquiry into a $500 million boondoggle that she was personally responsible for as minister involving renewable energy.

Then one of her ministers cut the funding for the Irish language while increasing it for orange bands, a move that was seen as deeply sectarian.

Foster’s belief that she spoke only for the majority and did not have to take into account Sinn Fein voters was seriously delusional but not surprising.

Since assuming office she has given very little indication of any ability to work across the aisle. But the results of this election will surely change her attitude.

The Sinn Fein gamble paid off handsomely, with 28 seats in the new Assembly, just one behind the DUP.  Because they are short of the magic 30 seat number, the DUP can no longer veto legislation such as allowing gay marriage which passed in the last Assembly but never became law because of the DUP veto.

So Ulster can no longer say no and get away with it. What they can say is yes to a new reality: a changed political landscape where parties of even stature can govern equally with respect and acknowledgment of the other side’s point of view.

Of course forming that government will be difficult, but there will be little appetite for the kind of sectarian policies that the DUP have practiced up until now.

Sinn Fein leader Gerry Adams has proven once again to be a master tactician. Forcing the election when he did has turned out remarkably well for his party.

One sad note was the departure from the Northern Ireland political scene of McGuinness, whose health problems have ruled him out of politics for the foreseeable future.

But Sinn Fein need not fear that future without McGuinness. They now have a young and dynamic leadership and many new young Assembly members who will make their mark in the months and years ahead.

This election will prove to be historic because it marks the beginning of the end for Unionism, unless they can change their ways. Given their sad history, that is by no means certain.