Detectives investigating a suspected ISIS terror cell in Ireland arrested two men, a Moroccan and an Algerian, in Dublin. 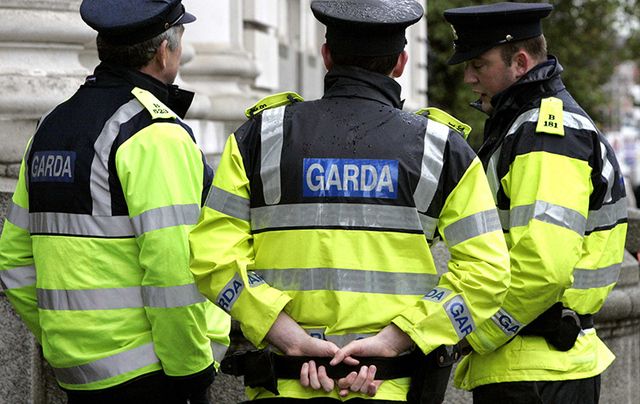 Detectives investigating a suspected ISIS terror cell in Ireland arrested two men, a Moroccan and an Algerian, in Dublin on Monday.

The Moroccan, in his forties, was released on Tuesday morning and a file was being prepared for the Director of Public Prosecutions.  The Algerian, in his 30s, was still in custody late Tuesday.

The two were arrested by detectives from the garda counter-terrorism unit in Swords, Co. Dublin and Stepaside on the south side of the county.

The men have lived in Ireland for a number of years, and they were arrested on suspicion of using Irish bank accounts for the transfer of money connected to ISIS.

A number of documents and items, including electronic devices containing financial details, were seized by gardai.

The operations were part of an ongoing investigation carried out by the counter-terrorism unit which was assisted by security agencies from other countries.

A garda spokesman said the men were arrested under the Terrorist Offenses Act 2015. The act, as amended two years ago, carries a maximum prison sentence of 10 years upon conviction.

RTE crime correspondent Paul Reynolds reported, “The arrests were made as part of a coordinated international investigation into people suspected of offering logistical support to Islamic terrorism.

“Laptops and documentation were seized as potential evidence in relation to breaches of the Terrorism Offenses Act.”

It is the second time recently that ISIS terror suspects were arrested in Ireland. Gardai thwarted suspected activity in relation to the group following the arrest of two people in their twenties at a property in Co. Waterford last month.

Last week Superintendent Noel Cunningham, president of the Association of Garda Superintendents, told his organization’s annual conference that combating dissident Irish republicans over the last number of decades had given gardai experience in the gathering and dissemination of intelligence.

He said the strand of gathering information, which helps combat international terror groups that pose a potential threat to the state, would need continued resourcing on the ground and through community policing initiatives.

“New situations are being thrown up every day. Who would have thought several years ago that members of ISIS would be identified in the south of Ireland? This is a whole new departure for us,” he said.

Read more: Body of father who murdered his wife and three kids removed from family’s grave