An English couple was arrested in Co. Waterford on suspicion of sending funds to the terrorist group in Syria. 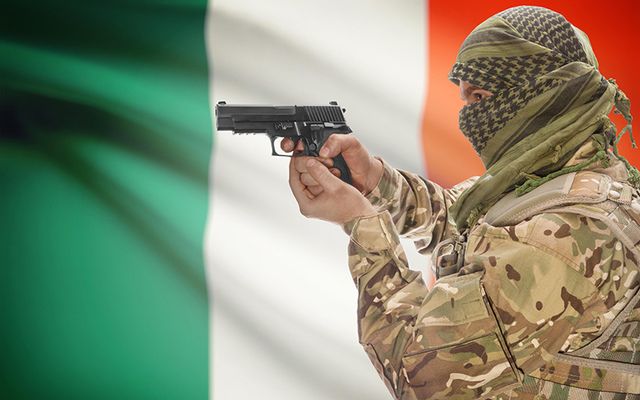 Two arrested in Ireland with suspected connection to ISIS. iStock

Irish police have arrested a couple in Waterford suspected of being high-level supporters of ISIS.

The couple is alleged to have been raising funds from ISIS supporters and sending the funds on to Syria where, police say, it was bound to the terrorist group.

The couple, who are both in their twenties, has lived in Waterford for some time, though they are believed to be English with Irish parents.

They are linked to a major ISIS support group in Britain headed by a 30-year-old terrorist considered a top foreign ISIS recruiter.

British police are believed to have been working closely with their Irish counterparts to identify and arrest the two Irish-based suspects. The couple is said to have been running a sophisticated online collection fund with all money going to ISIS.

The married couple was arrested by armed police at a rented apartment in Waterford city at about 10 am on Thursday on suspicion of having committed offenses under the Criminal Justice Terrorist Offence Act 2005.

Police erected a security cordon around the property and seized mobile phones and computers, which were taken for examination.

The suspects may be held for up to 24 hours before being charged or released.

A police spokesman said the two people were "As part of an ongoing intelligence-led operation into persons' involvement in suspected terrorist activity, two persons were arrested on suspicion of having committed offenses under the Criminal Justice Terrorist Offences Act, 2005.

"Both persons were taken to Waterford Garda Station and are detained under Section 4 of the Criminal Justice Act, 1984."

The arrests come just a day after the Garda (Police) Representative Association (GRA) warned against Ireland's vulnerability to a lone wolf terrorist-style attack.

He said: “We don’t have tactical training for those on the frontline.

“If something happens, my ­members are at risk because there is no plan in place.

“Of course there could be a lone wolf attack because people could be radicalized and we can’t keep our heads in the sand any longer. This is on our doorstep.

“You go to any airport in Europe and you are hit by armed officers patrolling, but it’s not happening at Dublin Airport – it’s not visible.”