Top tips from a local for your vacation in rural Ireland

As record numbers of Northern Americans arrive on Ireland's shores our man on the ground has some sage advice. 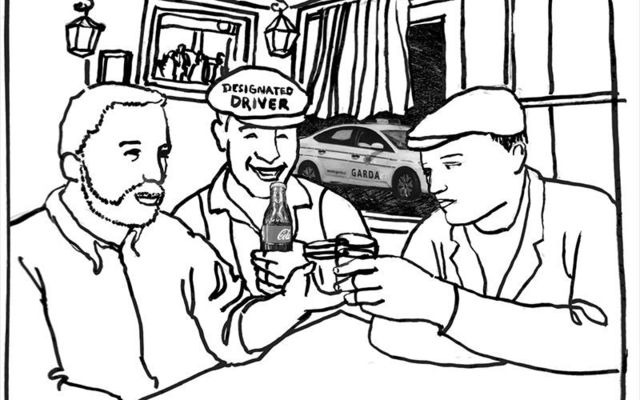 Never, ever drink and drive - top tips for a fun vacation in rural Ireland. Caty Bartholomew

As record numbers of Northern Americans arrive on Ireland's shores our man on the ground has some sage advice.

With record numbers of you due to arrive in Ireland in the coming summer weeks and months, many of you on your first trip back to the ancestral homeland, I thought it opportune to update and refine some of the travel tips I’m glad to provide every year. The tips below are likely to save more than a few of you considerable stress during your stay so it would be wise to read on and remember.

Firstly, and very crucially, Irish roads have vastly improved over the past two decades. Equally true is that the patrolling of them has sharply changed as the easygoing gardai of the past have been largely replaced by a highly-trained force strongly enforcing all the rules of the road, especially, and vitally, those relating to driving after drinking even minimum volumes of alcohol.

It is a fact that even one pint of beer or porter, for many unseasoned consumers, can put one over the legal limit detected by a breathalyzer unit shoved through your driving window by a keen young police officer.  If over the limit you are in trouble immediately and likely to spend the rest of the night in the nearest police station. So DON’T EVER DRINK AND DRIVE.

We locals have had to adapt to the new regime in a fashion which I advise all visitors to follow if they are heading out to the pub for a night of craic and music, singsong, dancing and the like. We always arrange for a sober friend to collect us at a time agreed earlier or, more commonly, appoint one of our group as the designated driver for the evening. That person abstains from alcohol and is delighted to puff into the breathalyzer yoke if stopped by the police on the way home.

Enjoy the craic and ceoil in some great Irish pubs.

Many of you will say to yourselves that you will simply hail a taxi to bring your group home when the night is over. It is not as simple as that at all.

The situation is that the majority of the liveliest and most famed musical pubs in rural Ireland, especially in the western reaches of the Wild Atlantic Way so many of you will visit, are located either in the countryside or in small villages and towns where taxis (ye call them cabs I think) are as scarce as hen’s teeth, especially during holiday season weekends when the crowds fill the pubs.

Accordingly there is a strong temptation for many who have taken a few drinks to chance driving home themselves. Cruelly often for them, old Murphy’s Law applies on the way home with dreadfully difficult consequences.

Despite all the warnings a police report for all Ireland after the Easter weekend revealed that an increasing number of drivers, both locals and visitors, had been arrested for drunk driving during the holiday break. Ye have been warned and, for what it is worth, we locals have discovered that appointing a designated driver at the start of the evening is the most reliable solution available. I commend it to you all.

I live only a five minute walk from my great pub, Willie Walsh’s in the heart of Killaloe, and I would not dream of taking the car there on even a rainy evening.  Ye have been warned.

Driving the country roads of Ireland and enjoying the wild countryside.

That advice is by far the most important tip I have for you all. Another lesser tip concerns the climate of the Emerald Isle.

We had a welcome heat wave through most of April and early June, one of the hottest and driest periods ever, but reality is returning from mid-June onwards and that reality, as many of you regular visitors know well, is that Ireland specializes in what the weather folk call scattered showers that seem to come out of nowhere.

Do not venture forth, accordingly, without rain wear protection, ideally a light hooded anorak type of garment.  Since the scattered showers, especially along the Wild Atlantic Way, usually arrive along with gales or very strong winds from the Atlantic, rain wear garments are infinitely superior for coping than umbrellas.

On the wet and windy days, with the wind direction constantly shifting, your umbrella will be blown inside out and probably damaged beyond recall inside five or 10 minutes. We learn that lesson the hard way.

The rest, basically, is commonsense. Going back to the motorways, maybe I should remind you that if you see an L plate on a car it is an indicator that the driver is a learner driver. Likewise an N plate signifies a novice driver, recently qualified and maybe more likely to make the occasional driving error than an experienced driver.

Be aware of that reality and don’t tailgate such drivers, especially on those twisting secondary roads leading off the motorways to so many of those fabled pubs you are sure to relish an evening’s craic in.

And, believe it or not, we have discovered that nobody will enjoy the evening more than your designated driver that is drinking in the craic along with the Coke or orange squash.

That’s about the sum of it for now. Enjoy it all.