The ghosts and racial tension behind the era of Conor McGregor

"It’s one thing to say provocative things and be outrageous. It’s quite another to manipulate America’s tortured racial history." 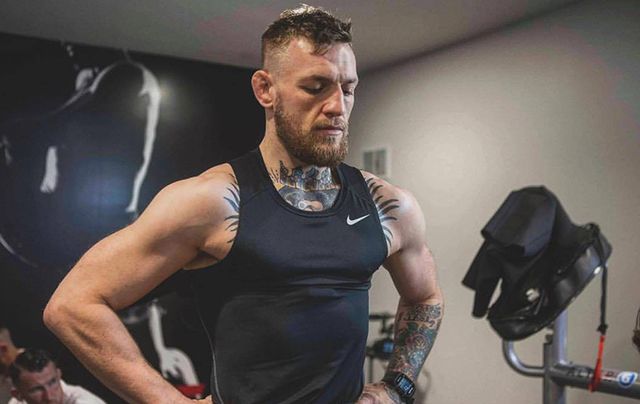 We get it.  We get it. This is all about hyping the fight, and whipping up the crowds, and creating buzz.

So, treating Irish mixed martial arts fighter Conor McGregor with any degree of seriousness is kind of like breaking the rules.  It’s almost like taking a goofy professional wrestler seriously.  It almost feels like it’s against the rules.

So, last week, when McGregor told Floyd “Money” Mayweather -- his opponent in a much-hyped August 26th fight -- to “dance for me, boy,” maybe it’s just all part of the circus act.  Maybe we should neither defend nor criticize either one of these fighters, since they are dummies, but dummies blessed with lots of money, power and influence.

And so when McGregor calls Mayweather “boy” -- when McGregor defends himself by saying he can’t be “against black people” because he’s “half black from the belly button down" -- perhaps to point out that he is resurrecting offensive, old stereotypes is to take a clown far too seriously.

Mayweather and McGregor stand off.

The problem, though, is that in his zeal to be such a showman, McGregor is also reminding lots of folks of the centuries of tension between the Irish and African Americans.

And this is not ancient history.  It was just 35 years ago when Irish American Gerry Cooney faced off against heavyweight champ Larry Holmes.

These were the days when boxing was on par with the NFL and NBA.  And as soon as the Holmes-Cooney fight was announced, all of America’s racial divisions were diverted into the fight.

The tensions swiftly grew so bad the fighters and their respective entourages could not appear in the same room together.  Both fighters received death threats.

Initially, much of the race rage seemed to be coming from fans, trainers, promoter Don King and others on the sidelines.  Eventually, though, as The Washington Times noted last month, “Cooney and Holmes both got caught up in the hatred being sold in a war of words, and Cooney worked up a sense of rage by the time he met Holmes in the ring.”

“It was the first time I went into the ring where I didn’t have any fear,” Cooney said. “I just wanted to hit him.”

It was also at this time that the heavily-Irish fan base of the Boston Celtics basketball team was being whipped into a frenzy by another “great white hope” in another sport that had come to be dominated by African Americans.

As the recent ESPN 30 for 30 documentary Best of Enemies noted, the 1980s rivalry between Larry Bird and the Boston Celtics and Magic Johnson and the LA Lakers was deeply rooted in the race of each star.

And so this is the type of dynamite McGregor -- and, of course, the homophobic Mayweather also -- are playing with.

It’s one thing to say provocative things and be outrageous.  It’s quite another to manipulate America’s tortured racial history in a way that might motivate some angry folks to send death threats.  Just ask Gerry Cooney.

This has always been one of the saddest facts of American history, that the Irish and African Americans, these two groups once huddled together at the bottom of the social ladder, too often beat each other up, rather than form a coalition that might have actually helped them climb up the ladder together.

This was true in South Boston in the 1970s, during the notorious tensions over busing.  And it was, sadly, true over 150 years ago.  That’s when African American activist Frederick Douglass said. “The Irish, who, at home, readily sympathize with the oppressed everywhere, are instantly taught when they step upon (American) soil to hate and despise the Negro.

“They are taught to believe that he eats the bread that belongs to them.  The cruel lie is told to them, that we deprive them of labor and receive the money which would otherwise make its way into their pockets.  Sir, the Irish American will one day find out his mistake.”

Conor McGregor seems to be suggesting that that day has not yet arrived.

Read more: What do you make of Conor McGregor’s Irish skills?