The famous singer has said Ireland is toxic for her well-being, and she is on the mend in New York. 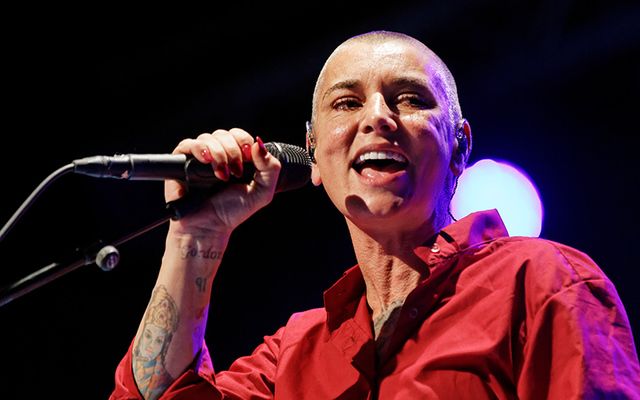 After a long period of inactivity, Sinead O’Connor is back on Facebook in a big way.

The latest update is that she’s living in an apartment in New York and receiving outpatient treatment from a hospital to help her deal with her emotional issues.

Here’s her ode to her new life, verbatim:

“Thank you America. Its good here. If they take you in they only like to. keep you a week. they want you up and living. Not wasting away moping. Anyway. Thought best to update. And will. Because my manager keeps saying its good to write about recovery from CPTSD. He has some psychologist friend says one of the best things is to write about it. If you feel like it. And well, Facebook is for writers if anyone.”

Sinead certainly is sharing a lot about the trauma program she’s now a part of, her various medications and how she’s been misdiagnosed with bi-polar disorder in the past.

Read More: Sinead O'Connor's mental illness should not be the latest celebrity scandal

“I don’t have any attachment to a particular ‘outcome’. I just wish after thirteen years, that this new program will settle ethically and carefully on a proper set of diagnoses and give me the right treatment,” she wrote on Monday.

Ireland, she added, is toxic for her well-being. And it doesn’t seem like she has any plans to return home soon.

“Even the birds are a trigger: The awful sad sounding seagulls. The Irish ways and Irish laws. There’s nowhere I can go outside my house that I won’t see something to trigger my mother, my father, my being a kid. Everything being very scary. I get so agoraphobic there I can’t leave my room, never mind the house… I feel safe in America. Nothing reminds me of anything bad that has ever happened,” she shared.

It’s been an awful 12 months for Sinead, with child custody issues and family programs and an ill-advised rant against Arsenio Hall in which she accused Hall of supplying drugs to Prince. She had to retract her words earlier this year and issue an apology after Hall filed a lawsuit against her.

Hopefully, her new doctors will be able to properly diagnose the hugely talented singer and guide her to well-being. She’s working on her autobiography daily, she says, and has titled it Alien of Extraordinary Ability, which is the category of U.S. visa she has.

President Trump, unsurprisingly, was also a topic on Sinead’s mind. “Glued to CNN. Trump. Jesus. How can you be president with a name like that? Seriously, I wish someone would wiretap his mouth to a massive barrel of Guinness and see what transpires when he’s drunk,” she wrote.