“Shithole” countries Donald Trump? How little we learn from history

"We have a racist in the White House... It seems the older the Republic gets, the easier it is to forget." 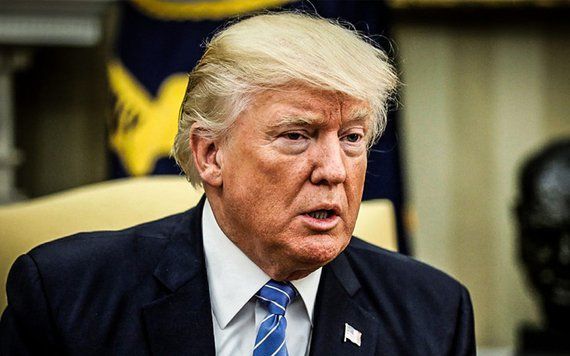 "We have a racist in the White House... It seems the older the Republic gets, the easier it is to forget."

Alan Singer, who teaches social studies at Hofstra University in Long Island, New York, wrote a superb piece for the Huffington Post about which countries were the “shithole” ones in 1920, and how little we have learned from history.

Irish, Jews, Italians and Greeks were among the targets back then.  Some hated the Germans, President Trump’s ethnicity, who had fought against the Allies in the Great War.

Singer noted that in 1920, Representative James V. McClintic, an Oklahoma Democrat, was chairman of the House Immigration Committee. After a visit to Ellis Island McClintic made his nativist views known.

Those he met were the “off casts of the countries from which they came … practically all of them were weak, small of stature, poorly clad, emaciated . . . It is for this reason that I say the class of immigrants coming to the shores of the United States at this time are not the kind of people we want as citizens in this country.”

Read more: Despite his “shithole” comments Donald Trump is not a racist

Representative Lucian Walton, a Democrat from Texas, jumped in to agree.

“We should stop immigration entirely until such a time as we can amend our immigration laws and so write them that hereafter no one shall be admitted except he be in full sympathy with our Constitution and laws, willing to declare himself obedient to our flag, and willing to release himself from any obligations he may owe to the flag of the country from which he came . . . [Within a few short years the damage will have been done. The endless tide of immigration will have filled our country with a foreign and unsympathetic element. Those who are out of sympathy with our Constitution and the spirit of our Government will be here in large numbers, and the true spirit of Americanism left us by our fathers will gradually become poisoned by this uncertain element,” Walton said.

“I would like to shut for a time the immigration door. Thousands come here who never take the oath to support our Constitution and to become citizens of the United States ,” he said.

“They fill places that belong to the loyal wage-earning citizens of America. They preach a doctrine that is dangerous and deadly to our institutions. They are no of service whatever to our people. They constitute a menace and danger to us every day.”

It is nice to note, as Singer does, that there were pro-immigrant voices too.  Congressman William Mason, a Republican from Illinois said, “I cannot be silent…I want to say for my fellow immigrants in the House, you are all immigrants; what have you got big heads about, every one of you. If this bill had been passed 50 or 100 years ago hardly any of the House would have been here. It would have kept the Pilgrim Fathers out. They had no passports.

“The meanest thing about this bill -- and I say that with all respect to my good friends who framed it -- is that the whole theory that this was to be the land of the free and the home of the brave and an asylum for the oppressed is destroyed by it … But to me the most unsentimental, the most selfish, un-American, unpatriotic thing is the ungodly desire to crowd every man off the earth because we do not want to compete with him. We get a prejudice, and you know that largely the basis of this is the prejudice against the Jews.

Today we have a racist in the White House whose views are no different than those negative sentiments uttered above. It seems the older the Republic gets, the easier it is to forget.