Between the "Fairytale of New York" drama and Kevin Hart bowing out of presenting the Oscars we're all doing serious thinking about ugly things but to what end? 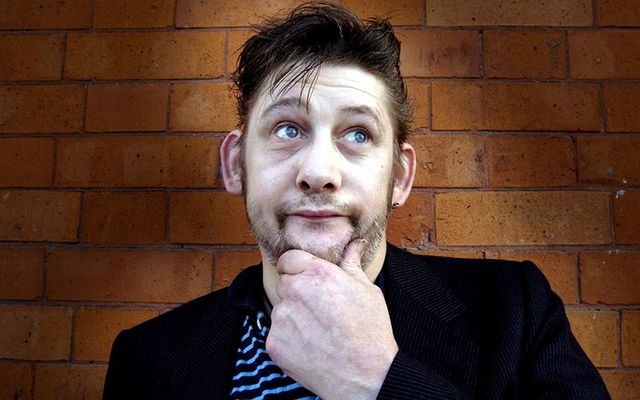 Between the "Fairytale of New York" drama and Kevin Hart bowing out of presenting the Oscars we're all doing serious thinking about ugly things but to what end?

Apparently, Pogues singer Shane MacGowan would never be asked to host the Oscars, though the possibilities of such a performance if you think about it, would be endless.

However, the anti-gay slur uttered in the Pogues’ Christmas classic “Fairytale of New York” has become an issue in certain circles.  This comes as comedian Kevin Hart bowed out of hosting the Oscars because of homophobic comments he once made.

Many Americans these days are doing serious thinking about ugly things that used to be acceptable.  That’s a good thing.

But this also comes at a time when people are becoming angry about excessive sensitivity and political correctness.  A certain orange-headed blowhard rode this all the way to 1600 Pennsylvania Avenue.

Perhaps it would help to step back to a kinder, gentler time (Godspeed, George H.W. Bush!), and consider another figure linked to the Academy Awards: Eleanor Roosevelt.

I’ve been reading Terry Golway’s excellent new history, Frank and Al, about the political friendship of Franklin Roosevelt and Al Smith, who rose from the Irish slums of the Lower East Side to become the first major party Catholic candidate for president in 1928.

A big problem Smith had was with rich WASPs, people just like Franklin Roosevelt, many of whom clung to their anti-Catholic fears ferociously.  To FDR’s credit, he was able to transcend such bigotry.

On the one hand, Eleanor Roosevelt is like a hero concocted in the deepest recess of a Hollywood liberal’s mind.  She even likely had a lesbian affair with journalist and friend Lorena Hickok.

In short, Eleanor Roosevelt is the kind of progressive who would surely get lusty cheers from the right-thinking folks who watch the Oscars.

The Academy even awarded The Eleanor Roosevelt Story the Best Documentary Award in 1965, three years after she died at the age of 78.

Nevertheless, Roosevelt’s closet is not without its skeletons.

“She started as someone who certainly had progressive views for her class and background, but I would say she was mildly anti-Semitic—politely anti-Semitic. … And she was quite anti-Catholic,” said novelist Amy Bloom, who read many of Roosevelt’s letters to research her novel White Houses.

New York Archbishop Francis Cardinal Spellman had a very public feud with Roosevelt, charging that her anti-Catholicism was the root of her opposition to using public funds for religious education.

The point here is not that Roosevelt’s enlightened bigotry is the same as Hart’s homophobia or MacGowan’s use of the word “fa***t” in “Fairytale of New York.”

But all of this does raise an important question: Are some sins simply unforgivable?  Is intolerance, in the end, irredeemable?

One column in The New Yorker magazine asserted that Hart “had to go” because it reflected “a specific brand of homophobia -- fear of gayness in your own children -- that is so hurtful.”

Fair enough.  But if Hart “had to go” as host, does that also mean the Academy should also never nominate him -- or any movie he is in -- for an award?  Does that also mean progressive folks really should not even go to see his movies?

It’s good that people are owning up to past misdeeds.  But there is a danger of the pendulum swinging too far in the other direction.

Is Goodfellas, a Best Picture nominee, a now-unwatchable movie because its Irish-Italian gangster heroes are unabashed sexists and racists?

Irish writer Martin McDonagh’s movie Three Billboards Outside Ebbing, Missouri was criticized last year because the main character, a bigot, changed his ways and redeemed himself.

Would it have been preferable had he remained a bigot?

It’s terrible it took so long for Hart to change his opinion about sexuality.  But it’s a good thing that he did.  Right?