A group of 80 Irish people on a mission were stranded in France when their flight back to Dublin was canceled. 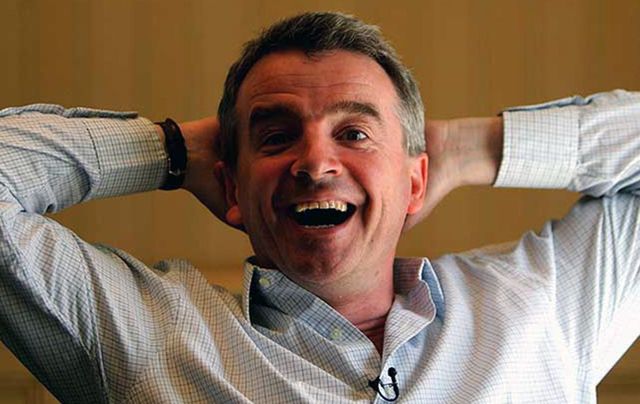 Ryanair's 11-day cancellation of up to 50 flights a day across Europe has stranded pilgrims and their helpers to Lourdes who weren’t told their flight home was among those listed for stoppage.

A group of 80 Irish people on a mission to Lourdes with the Oblate Youth Service were stranded in France when their flight back to Dublin was cancelled, though it was not included on the airline’s list of flight cancellations.

Fidelma Roe, whose son was a member of the group, told the Irish Independent that the group was “pretty much abandoned.”

She said the group had been in contact with various media outlets because they were “desperate” to get home, and believes the extensive coverage surrounding the pilgrims’ situation was the reason they were accommodated on a flight 24 hours later.  The group had been caring for the sick and elderly in Lourdes.

'We were pretty much abandoned' - Irish volunteers on Lourdes trip had Ryanair flight cancelled at last-minute https://t.co/eXMgEQilJr pic.twitter.com/d9aZDHF4gA

According to Oblate Youth Service’s Facebook page, they were told to make their own travel arrangements back to Ireland.

They accused Ryanair of being “extremely unhelpful” and “dismissive” to the group of pilgrim helpers that included dozens of 17 and 18-year-olds.   Some of the group stated on Facebook that they had no access to food or water apart from a “single vending machine.”

Ryanair said in a statement said the flight from Biarritz to Dublin was unable to proceed because the inbound flight was prevented from landing due to a runway closure.

The statement said the cancellation “was beyond our control” and passengers were provided with refreshment vouchers and overnight accommodation before boarding a replacement flight the following day.

Up to 400,000 passengers will be affected by flight cancellations in the coming weeks, which will extend until the end of October. The cancellations are due to pilot shortages and have controversy surrounding roster changes and staff complaints.

Thousands of Ryanair pilots are holding crunch meetings across Europe this week as they prepare battle plans for a clash with management amid demands for improved working conditions and pay.

Pilots at about 55 of Ryanair's 86 bases have already rejected a proposal from the airline that captains would be paid €12,000 for working 10 of their days off over the next year, as the carrier struggles to manage the flights fiasco.

Ryanair chief executive Michael O’Leary said last week that “hell would freeze over” before he would welcome unions into the airline.

Meanwhile, Ryanair’s rival Norwegian Air has held a recruitment open day in a bid to entice pilots to join their new operation.

Norwegian has already confirmed that it has attracted 140 pilots from Ryanair, although Ryanair insists the figure is below 100.

Despite the scandal of cancellations all over Europe, Ryanair continues to aggressively market against other airlines, launching a one million seat sale, with flights to destinations across Europe, including Prague, Berlin, Mallorca and Barcelona for under £10 one-way.