Paul Costelloe says his friend Princess Diana "was not a royalist at all." 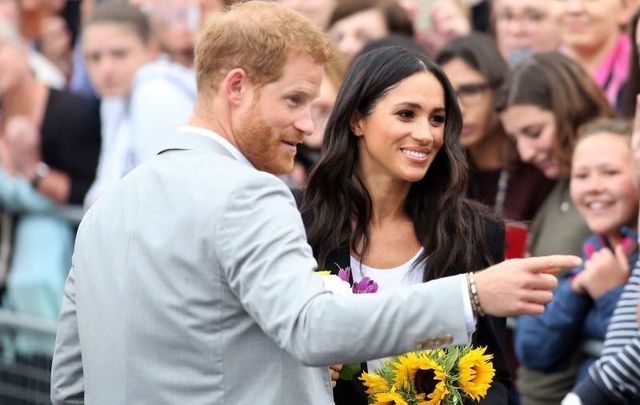 Harry and Meghan in Ireland in 2018. RollingNews.ie

Paul Costelloe, one of Princess Diana’s favorite fashion designers, says that Di would have been fully on board with her youngest son, Prince Harry, chucking the royal lifestyle for a commoner existence in North America with his wife Meghan and son Archie.

“She would say, ‘Do what you need to do,’ definitely. She was not a royalist at all.  She was a person of the people and she put her children first before anything else,” Costelloe told the Irish website Evoke.ie.

Based in London, the Irish designer worked with Princess Di for many years. They first got to know each other back in 1982.  The memories, he says, are wonderful.

“She was lovely to dress and she was a very honest, sincere person. She was family orientated and she had a sense of humor. She liked to smile,” Costelloe recalled.

In 2018, when all was hunky-dory with Meghan, Harry, and his family, Evoke asked Costelloe which royal wife he’d prefer to dress – Meghan or Kate Middleton.

“It must be very difficult for them. Meghan isn’t going to be the next Queen of England, she has plenty of time to be herself to some extent,” he responded.

“While Kate, she’s more reserved these days but I still think she has a great figure.  If I had a choice of dressing either one, I definitely dress Kate.”

Costelloe, who designs a range of clothing and home products for Dunnes Stores in Ireland, has also dressed Princess Anne and her daughter Zara.