NYC St. Patrick's Day parade picks 2018 Grand Marshal - and it's a good one

She's one of Irish America’s best-known and respected philanthropists and will serve as the grand marshal of the 2018 New York City St. Patrick’s Day parade, the Irish Voice and IrishCentral.com have learned. 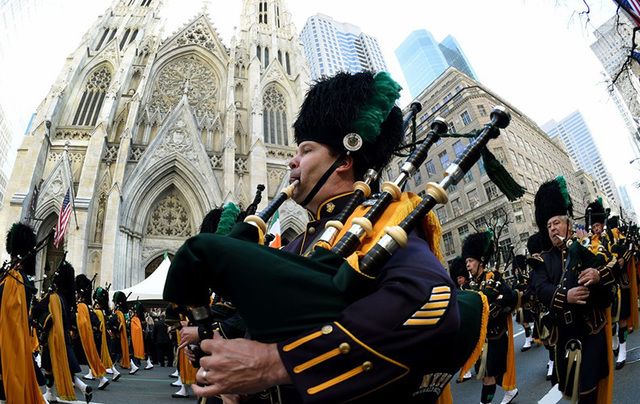 Loretta Brennan Glucksman, the chairman emeritus of the American Ireland Fund and one of Irish America’s best-known and respected philanthropists, will serve as the grand marshal of the 2018 New York City St. Patrick’s Day parade, the Irish Voice and IrishCentral.com have learned.

Glucksman won a near unanimous vote from the parade’s board of directors at a meeting in New York on Wednesday night..A dissenting votes came from the former chairman of the board’s parade committee, John Dunleavy.

“Loretta is a great choice, a wonderful person who has done so much to promote the cause of peace in Northern Ireland,” a source told the Irish Voice.  “She is a more than worthy grand marshal.”

In addition to her role in the American Ireland Fund, Glucksman is best known for co-founding Glucksman Ireland House at New York University with her late husband Lew Glucksman, a financier and ardent supporter of the Irish arts who passed away in 2006.   The couple purchased two private residences which were renovated and turned into Ireland House, which opened in 1993 and maintains a robust program of educational and cultural pursuits.  Glucksman serves as co-chair of the advisory board.

Her work with the American Ireland Fund is legendary.  She and her late husband raised and personally donated tens of millions of dollars to the organization which promotes peace and reconciliation efforts in Ireland.  She stepped down as chairman in 2013 but remains actively involved as chairman emeritus.

Glucksman has received numerous honors for her work on behalf of Ireland, and sits on many boards including the IDA Ireland, the National Gallery of Ireland, the Smurfit School of Business at UCD and the Royal College of Surgeons.

In 2002, she was made an Honorary Commander of the British Empire by Queen Elizabeth, the highest honor for a non-British citizen, for her work toward peace in

Northern Ireland. She has received honorary degrees from the universities of Scranton,

In 2012 Glucksman received the inaugural Presidential Distinguished Service Award for the Irish Abroad at a ceremony in Dublin hosted by President Michael D. Higgins.  In 2015, she was the recipient of the Tip O’Neill Irish Diaspora Award, named after the former Speaker of the House.

A third generation Irish American who traces her roots to counties Leitrim and Donegal, Glucksman married her high school sweetheart Jack Cooney in her early twenties and had three children in quick succession, John, Christopher and Kate.

Always a working mother, she began her career as an English teacher and continued her education at Trenton State College (now the College of New Jersey, TCN).  She subsequently joined the Trenton public broadcasting TV station and became an award-winning producer.

Moving from producing to founding her own public relations firm, in 1983 she met Lewis L. Glucksman, a prominent Wall Street financier from a second generation New York Hungarian Jewish family.  A second marriage for both, they wed in 1985.

In July, Glucksman received the Kennedy-Lemass medal in Dublin. The award is presented to an Irish American who has worked to build bonds between the two countries.

"She has inspired us all and it is very fitting she should be honored in this way," Taoiseach Leo Varadkar said of Glucksman.