The New York City St. Patrick’s Day parade will host its annual installation ceremony for grand marshal Michal J. Dowling and the aides to the grand marshal this weekend in Queens. 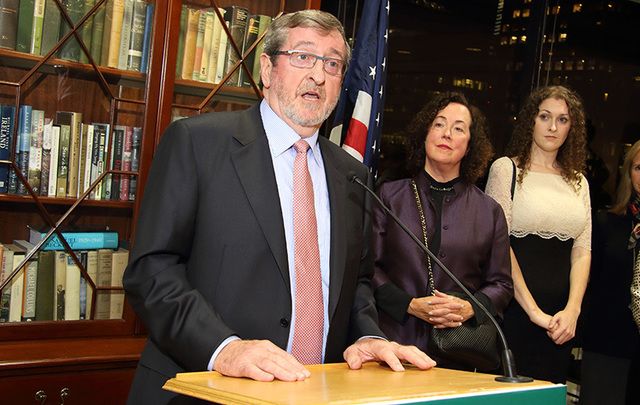 The New York City St. Patrick’s Day parade will host its annual installation ceremony for grand marshal Michal J. Dowling and the aides to the grand marshal on Sunday, February 26, at 3 p.m. at Antun’s, 96-43 Springfield Boulevard in Queens Village.

Dowling, president and chief executive officer of Northwell Health, and is believed to be the first head of a hospital to lead the 256-year-old parade.

Aides to the grand marshal are chosen by the Parade’s participating organizations in recognition of outstanding service to the Irish American Community of New York. Selection of an aide is acknowledgement of years of unselfish, dedicated and distinguished service to the New York and Irish communities and for their contribution to Irish faith, culture and heritage.

Tickets to the installation ceremony and dinner are $100.