"We will celebrate the depth of Irish culture in an alcohol-free, family-friendly environment -- and do so with extraordinarily talented artists once again this year." 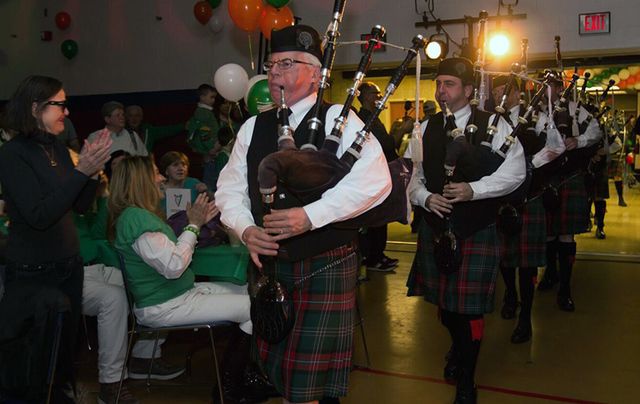 "As part of our mission statement to change the perception and experience of what St. Patrick's Day can be, this year we're very excited to bring Sober St. Patrick's Day back to where the world's oldest parade first began and to reclaim the true spirit of the day,” said William Spencer Reilly, founder of the event.

"We will celebrate the depth of Irish culture in an alcohol-free, family-friendly environment -- and do so with extraordinarily talented artists once again this year. Providing an alternative experience on St. Patrick's Day is at the core of this ongoing movement and its rather remarkable success.”

This year's winner of the Emerald Spirit Award, Linda Ventura, will be on hand to receive her honor from last year's winner, Dr. Patricia O'Gorman, and Sis Gallagher Wenger, the award's first winner in 2012.   Concerned about the misuse and abuse of alcohol on St. Patrick's Day, particularly among young people, the award is given annually at the New York event "to honor extraordinary dedication and devotion to improving the lives of family members of alcoholics and addicts.”

Ventura, who lost her son in March of 2012 to a heroin overdose, has since worked tirelessly to help family members in similar circumstances, and with those trying to avoid such tragic consequences. She is a strong advocate in Albany to create change in legislation.

The Philadelphia party took place on March 12, and the Richmond party is set for March 25 and 26.

Tickets for the New York party ($10-$25) are now on sale at www.SoberStPatricksDay.org.