Irish playwright makes an important later in life discovery: his own voice. 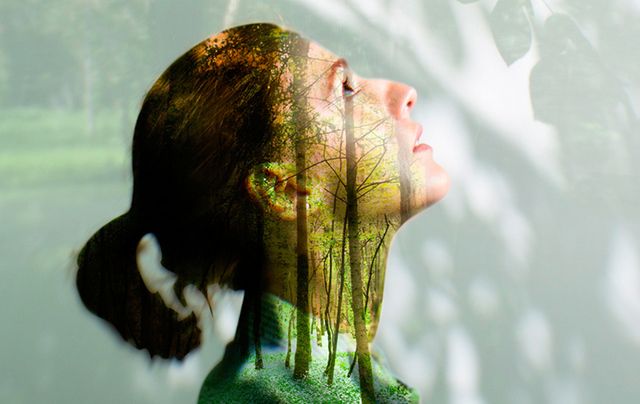 In Arlington, Enda Walsh’s pitch-dark new play about speech and silence, the Irish playwright makes an important later in life discovery: his own voice.  Cahir O'Doherty reviews the work that was the sensation of the Galway Arts Festival.

Ireland's  literary tradition can be as imprisoning in its own way as a jail. In Arlington, now playing at St. Ann’s Warehouse in Brooklyn, playwright Enda Walsh’s incendiary new play about this anxious new era we’re all condemned to live in, it’s clear from the outset he is attempting to elude the nets that Irish history and culture have cast around him.

An old time radio crackles to life on stage at the play’s opening, and rustic Irish voices fill the theater with an instantly familiar tale of small town paranoia and bitter resentment.

But no sooner are they heard but they are passed over by a larger predicament.  It becomes clear that these kinds of classic dramas of small town Irish life belong to the past, because the present and the future offer us all a much more challenging proposition.

Walsh’s characters have always been gifted misfits and outsiders, blunt stand-ins for the artist responding to a suffocating cultural conformity.  They have always trafficked in fantasy and self deception as a way of taking flight from all the privation around them.

But in Arlington, Walsh introduces us to characters that are dramatically different to any that have preceded them in his earlier plays. Walsh’s earlier works give us outcasts and near lunatics, people driven almost out of their wits because they can’t reconcile what they want from life with the little that is available to them.

There is a pantomime quality in his earlier works. Gestures are writ large, ironies are blunt and unmistakable, but his latest play does something different, takes a different rout.  He doesn’t lampoon this time: he laments.

It’s hard to understate what a departure this is for Walsh’s work and for the elusive dramatic sensibility that saw his rise to prominence. Arlington is at once more focused and more quietly enraged that any previous play he has ever produced, and it marks an important philosophical transition for the Irish writer.

Certainly irony isn’t what it was onstage now.  That’s because we live in an alarming new era where it’s becoming altogether much harder to playact, a time when refusing to put your cards on the table makes you look like a cynical holdout or, worse, a lightweight.

As the play opens we see Isla (played with utterly astonishing concentration and poise by Charlie Murphy) grapple with imprisonment and the despair that accompanies it. Isla is trapped in some dystopic holding center where her every word and move are recorded by an unnamed and mostly unseen junta who plan to remake the world in their own image.

To found this brave new world it is first necessary to erase all the complicating stories that have led to it, because as every one of Walsh’s most recent plays reminds us, whoever controls the narrative controls the world.

It’s an interesting detail of Irish writing that we have so many rigid if unspoken rules about what can happen to Irish people in an Irish play, and worse, what can not. Walsh’s playwriting career to date has been an exploration of and argument against this idea, which is why so many of his characters live in extremis, raveling and unraveling in front of out eyes.

After centuries of oppression where the Irish had our land and then our language taken from us in a prolonged and intentional act of colonial erasure, it’s a curious detail that we immediately turned around and practiced that kind of closing down and policing of both possibility and language ourselves.

Arlington’s set is a marvel. Designer Jamie Vartan has created an ante chamber of hell, a sort of grey bureaucratic holding pen complete with green plastic plant, empty aquarium and ticket dispenser. Think of it as half DMV-half purgatory.

Containment and its rich metaphors are simultaneously Irish and universal themes, and Walsh has always mined both. Consistently his work has lampooned but found it hard to flee the prisons his characters see all around them.

Hugh O’Connor is superb as an unnamed petty functionary of the new fascist bureaucracy.  He’s terrified to make a wrong move and also simultaneously aware of just how far he’s strayed from human decency.

O’Connor magically conveys this split in even the smallest gesture. There is not a weak link in the cast.

Dystopias are all the rage these days too, let’s admit it. From The Hunger Games to The Handmaid’s Tale to Black Mirror to The Road. In fact it would be more edgy, and in my opinion probably more sinister, to watch a depiction of the near future that doesn’t unspool in a landscape that isn’t scarred by global warming and marauded over by alt-right murder bands.

One question I have is why do we even need new dystopic fiction when we recently had Magdalene laundries and brutal mother and baby homes? When gay people were ignored or erased from daily existence and single mothers and other unfortunates were often given a boat ticket to leave home? This isn’t ancient history either; this was as recent as the last decade.

As absorbing as Arlington is thematically, theatrically it makes its points early and often. Midsection the gifted Oona Doherty performs a dance that echoes Brian Friel’s masterful Dancing at Lughnasa in its aim and intention. Here language surrenders to movement because words have lost their power to express or alter the outcome.

Walsh, like any worthwhile artist now working, is keenly aware that something alarming has injected itself into culture.  He has tuned into some previously unknown and unsettling frequency, and it really shows in this work.

The blocks leading to St. Ann’s Warehouse, which is located in the aggressively ostentatious Dumbo neighborhood of Brooklyn, are the ideal road to this play, it turns out.   An almost hermitically sealed bubble of privilege under the Manhattan Bridge, they are a both symptom and a sign of the out-of-joint future we’re all hurtling toward now.

Even the breathtaking new St. Ann’s itself is a reflection of our rapidly calcifying economic factions.  At the performance I attended I counted three people of color in a sea of otherwise overwhelmingly white faces.

Theater crowds often don’t look like New York. This is not new. But more and more often now they look like some lost country club or a mobile LL Bean subscription list.

The closing down of opportunity and economic access on the city streets is making it way into everything. We should be alarmed by this, but clearly we are not.

It’s what you can’t see that ends up hurting you, Walsh reminds us. Recall how every pub in Ireland has a wall that features hosts of our greatest writers? When they first started going up in the late 1980s very few noticed that there wasn’t a woman among them.

That’s how erasure operates: it’s what you don’t see and can’t say or hear that ends up hurting you the most. Give us another hundred years and hopefully we’ll figure it out.

(Arlington is playing at St. Ann’s Warehouse until May 28. For tickets and showtimes visit www.stannswarehouse.org)