Labour Party politician Kate Hoey said if Britain leaves the EU without a deal the Republic will have to pay for a physical border. 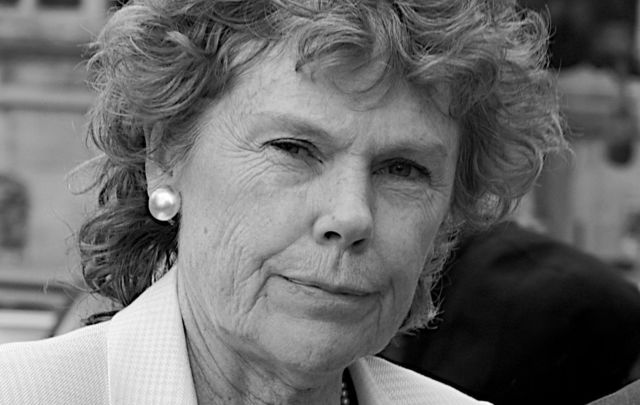 A Northern Ireland Labour Party MP has been accused of taking diplomacy lessons from President Donald Trump because of her border talk.

Kate Hoey, 71, who speaks with a soft Northern Ireland accent although she has been London-based for many decades, said on Monday if Britain leaves the EU without a deal the Republic will have to pay for a physical border. Her comments on the BBC were compared to Trump talking about the border with Mexico.

Hoey’s Labour Party colleague, former secretary of state for Northern Ireland Lord Peter Hain said, “With her suggestion that Ireland will have to pay for any border, Kate Hoey seems to have been taking diplomacy lessons from Donald Trump.”

Cambridge University Professor of Classics Mary Beard tweeted, “When Kate Hoey on @BBCr4 today talks about the Irish having to pay for putting up the border between N and S Ireland if there is to be one, she sounds to me dangerously like Mr Trump and Mexico.”

I saw this on the BBC and thought you should see it: Hoey going full on Trump.

Brexit: Kate Hoey says Ireland would have to pay for physical border - https://t.co/KEKE8X84rf

When Kate Hoey on @BBCr4today talks about the Irish having to pay for putting up the border between N and S Ireland if there is to be one, she sounds to me dangerously like Mr Trump and Mexico.

To some, Hoey is almost as confusing as Trump. She was born in Mallusk, Co. Antrim, the daughter of a Protestant farmer.  Rare for someone with a unionist background, she was a Marxist in the 1960s and ‘70s. She was a sports minister under Tony Blair and a Labour Party member who loves the monarchy.

She supports Brexit – Britain’s imminent move from the EU.  She said if the Irish government exercises its EU veto on the Brexit deal the Republic will suffer more than the U.K.

Hoey told the BBC, “We’re not the ones who are going to be putting up the physical border.

“If it ends up with a no deal, we won’t be putting up the border, they’ll have to pay for it because it doesn’t need to happen.”

The furor over the border has accelerated as Ireland objects to Britain’s attempts to move onto trade negotiations with the EU before the border issue is resolved.

Foreign Affairs Minister Simon Coveney said on Monday the 27 remaining EU member-states have agreed that Brexit talks cannot move on to the future trading relationship until there was more progress on the border.

The threat that the issue of the border could prevent Brexit talks from moving on to the next stage in December has heightened tensions between Dublin and London.

Dublin and EU politicians have suggested one resolution could be the North remaining within the EU tariff-free customs union and the single market which guarantees the free movement of goods after Britain exits.

But Democratic Unionist Party leader Arlene Foster, whose 10 Westminster MPs prop up British Prime Minister Theresa May’s government, told her annual conference last weekend there will be no decoupling of the North from the rest of the U.K.

She said that as the North within the U.K. joined what was then the European Community it would leave the EU as one United Kingdom.

How is Kate Hoey in the Labour Party and not UKIP or in Trump's administration?

Kate Hoey expects Ireland to pay for the border.... this is full on Trump now. Vauxhall Labour, get rid of her!— Kat Stark #FBPE (@rantingkat) November 27, 2017