New Irish history releases - Buck Whaley, Ireland's Greatest Adventurer,  The Labour Hercules and Forging The Border, Donegal and Derry in times of Revolution - will give you plenty of food for thought for summer 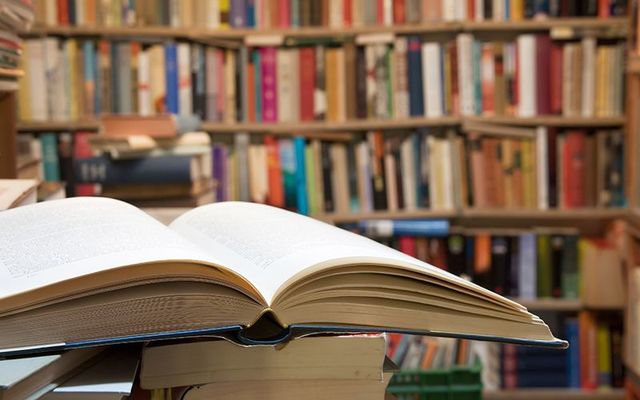 A look at books: New history reads about Ireland. Getty

New Irish history releases - Buck Whaley, Ireland's Greatest Adventurer,  The Labour Hercules and Forging The Border, Donegal and Derry in times of Revolution - will give you plenty of food for thought for summer

Failing upwards is a very costly business but it's been one of the most enduring stories of minted white men in the west for centuries.

Take Buck Whaley, Ireland's Greatest Adventurer. As described by author David Ryan, in 1788 Whaley undertook a ten-month journey from Dublin to Jerusalem for the sake of a $15,000 bet.

Almost shipwrecked in the Sea of Crete, he later almost died of the plague in Constantinople, then barely escaped a pirate attack, only to be waylaid by bandits and ran afoul of the Ottoman governor known as the Butcher.

A life crowded with incident then, and quite a bit of absurdity too. On his return to Ireland, he became an overnight celebrity but soon his catastrophic gambling losses sent him back into exile in Europe.

When he died aged 34 in 1800 he had blown through 400,000 (around 100 million pounds in today's money) without – the papers reported - “ever purchasing or acquiring contentment or one hour's true happiness.”

See for yourself the wages of sin in Ryan's rollicking telling of this vigorous but vainglorious life.


The Labour Hercules: The Irish Citizen Army and the Irish Republican Army 1913-1923 by Jeffrey Leddin

The Labour Hercules: The Irish Citizen Army and the Irish Republican Army 1913-1923 by Jeffrey Leddin.

In The Labour Hercules: The Irish Citizen Army and the Irish Republican Army 1913-1923, author Jeffrey Leddin explores the ICA's evolution into a republican army and he explores its legacy right up to the present day.

The most distinctly leftist element of Dublin's revolutionary republicans between 1913 and 1923, the book also explores the hard lessons they learned from their activism and the extent to which they were later a bridge between militant trade unionism and republicanism.

Think of the courage it took to join a band of Irish revolutionaries and plot a revolution in secret against the biggest empire in the world. What's remarkable about the Easter Rising of 1916 is that it happened at all.

The poet Yeats was completely blindsided by it, never having entertained a change of that magnitude was even possible for a people so long oppressed that he could imagine no alternative.

That kind of blinkered certainty can blind great poets as well as politicians, and it certain from this vantage point in history that the cruelty of the counter-strike was partly the result of their anger and shock.

A force forged from the aftermath of the 1913 lockout, the ICA became a vital cog in Dublin's revolutionary movement. Leddin charts the true significance of its influence on twentieth-century Ireland's first rebellion and he dissects the ICA's alignment with anti-treaty republicans, as well as examining as their contribution to the Civil War.


Forging The Border, Donegal and Derry in times of Revolution, 1911-1925
By Okan Ozseker

Forging The Border, Donegal and Derry in times of Revolution, 1911-1925 By Okan Ozseker.

With the border back in the news (no) thanks to Brexit, it's a good time to reflect on its history.

No city was harder hit by partition than Derry, where the hard severances were felt by every level of society. On either side of the new border lay County Donegal and County Derry, one a bastion of Home Rule nationalism and the other a stronghold of hardline unionism.

That was a particularly combustible mix and soon enough the city had long been a home to both traditions was torn asunder, becoming an international frontier on one side and a fortress on the other.

Recall now how in the first half of 1920, increased IRA activity and the ending of unionist electoral dominance led to the most severe sectarian riots in the north outside of Belfast in June 1920, leaving 19 dead.

Forging The Border, Donegal and Derry in times of Revolution, 1911-1925

Derry itself was a powder-keg in that year and the nationalists in south Derry suffered the most. In response to increased IRA activity in 1921-22, the Special Constabulary of the newfound northern Irish state allegedly carried out a number of extrajudicial killings of Catholics in the county.

Although the north-west was mostly peripheral through the War of Independence, as it would later be during the Troubles, Donegal became an important staging point for the northern offensive, a place to flee to or regroup between campaigns.

Partitioning the northwest between two states has retarded its progress since the foundation of the two jurisdictions. Osseker's book reminds us of how dangerous the divisions really are, a lesson worth considering in these fraught times.