Mundy returns to the US with Jelly Legs

Mundy will is coming to America for a series of dates this month to celebrate the 21st anniversary of his landmark album Jelly Legs. 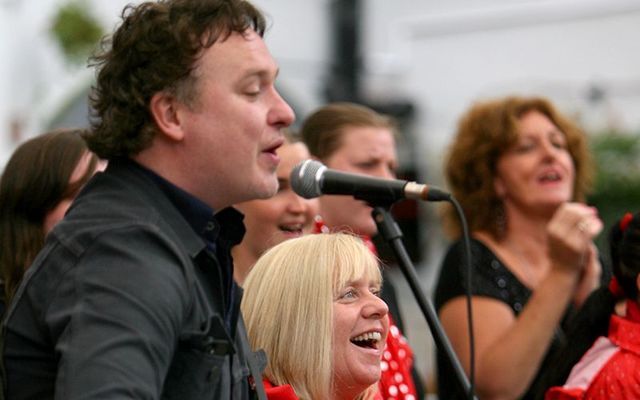 Following a wildly successful swing through Ireland to celebrate the 21st anniversary of his landmark album Jelly Legs, Mundy will be coming to our shores for a series of dates this month.

“It was amazing,” he says of the experience revisiting the disc. “With the first album, there’s a certain amount of swagger. Very reviving to listen to the music, it seems a bit naïve but mostly bold and confident now when I listen to it. I brought the band together after 18 years. I think we all wanted to get back there for nostalgia. Life is too short to ignore these milestones.”

Read more: How a chance meeting landed me a gig playing at the White House

For this tour, Mundy will be looking both backwards and forwards. He is eager to road test a new batch of seven songs on audiences this time around.

One of the songs he is keen on testing is “Sometimes I Thought I Was You.” He says he read a story about a young adult not having an identity at 19 and 20 and “totally related to that.”

“From Jelly Legs to where I am now,” he says.  “There’s a lyric in the song that says, ‘Being in the game by the skin of my teeth.’ That’s where I am now.”

When I ask how the analytics from Spotify form his set list, Mundy scoffs.

“I know what I need to play and what I want to say and I don’t really bother myself with streaming because it’s a bit like stealing. I know so many talented people who had to get back to work,” he says.

“You can stream everything now, of course, so no one buys albums. If I walked in and stole bread at a bakery I’d be arrested—streaming is the same thing. But you know, you can’t beat a good song. People will always come out for that.”

Mundy is chock full of great songs! He is an electrifying performer and you won’t want to miss him at Keane’s Bar and Restaurant, 4344 Katonah Avenue in Woodlawn, on Sunday, November 19 at 8:30 p.m.  Visit www.Mundy.ie.