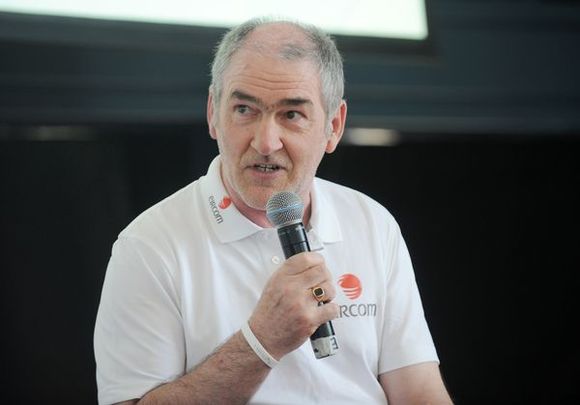 Tyrone boss Mickey Harte had to issue a public apology after his team was caught on camera singing an IRA song on their bus as they passed an Orange Parade in Aughnacloy, but the journey past Cavan in Clones on Saturday night was definitely more comfortable.

Harte apologized after the video clip went public on social media, but there was nothing to be sorry about as his side demolished Cavan by 1-20 to 0-7, bar a Peter Harte black card which could see him miss Saturday’s Super 8s qualifier against Roscommon.

With Dublin and Cork to come in the round robin series, Harte will appeal the suspension for his namesake Peter after he received black cards against Donegal and now Cavan.

“I think anybody in their right mind will know that we will appeal it because I don’t think any of the three of them were for what the black card was brought in for. Where is the deliberate intent in any of these things?” asked Harte when interview by the BBC.

“I said it to referee Barry Cassidy. I congratulated him on doing a good job on the game but I couldn’t for the life of me see how that merited a black card. How it could be considered a deliberate trip because why would anybody, in the position we were in, want to do that?”

Cavan had reached the Ulster final for the first time in 18 years this summer but there was no fairytale ending in Clones as they were outclassed from start to finish by the more experienced men from Tyrone.

“It is going to be hard to digest over the next while, to be honest,” said Cavan boss Mickey Graham afterward. “We definitely did not come to put a performance like that in today but for whatever reason, we did not get up to the pace of it.”