RTE, Ireland's national broadcaster, has pulled all Michael Jackson music from their playlist after the airing of the documentary "Leaving Neverland" 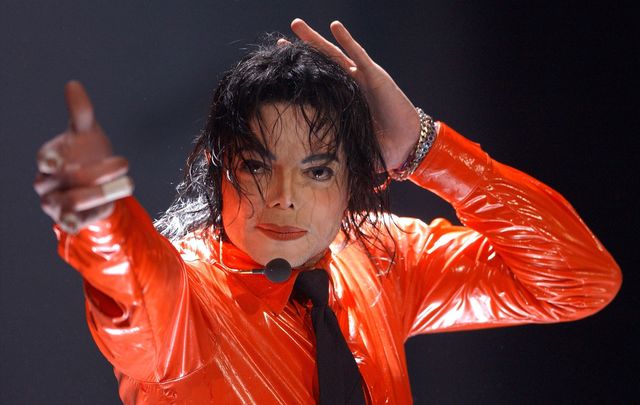 The King of Pop, Michael Jackon's music will not be played by Ireland's national broadcaster RTE. Getty

RTE, Ireland's national broadcaster, has pulled all Michael Jackson music from their playlist after the airing of the documentary "Leaving Neverland"

It's never no more for Michael Jackson’s music on Ireland’s state broadcaster RTE, which pulled MJ’s playlist from its radio stations in the wake of the "Leaving Neverland" documentary which aired in Ireland and the U.K. last week.

Before RTE made the decision, one of its radio and TV stars, Ryan Tubridy, expressed his disgust at the child sex abuse allegations leveled against the King of Pop on "Leaving Neverland".  Tubs, as he’s known in Ireland, told his listeners they’d have to go elsewhere if they wanted to hear “Billie Jean” or “Beat It,” ‘cause he would no longer play any of Michael’s songs.

"The chances are, you won’t hear one (of his hits) on this program being played again, because it just leaves one very queasy at the thought," Tubridy said.

"If a quarter of what those say happened to them at the hands of Michael Jackson, then we all have to sit down and re-assess our approach to that pop star and that icon, and probably, I have to say, his back catalog."

Not long after, his bosses at RTE issued a statement in agreement. "As listeners may find the playing of Michael Jackson's music insensitive, RTE has no plans to playlist his music at this time,” a spokesperson said.

A Michael tribute show that’s successfully toured the world for five years is due for a gig at the Cork Opera House in May and three other Irish venues, and it appears those might be nixed, too.

The late MJ was no stranger to Ireland. In 2006, after his acquittal the previous year on sex abuse charges, he and his three kids lived in Westmeath for five months, and Michael worked on new music with other stars who came to visit like Will.I.Am. Billy Bush from Access Hollywood even traveled there to interview them at the Grouse Lodge recording studio.

RTE Radio recorded a show called Michael Jackson’s Irish Driver in 2013 which told the story of a local cab driver in Westmeath, Ray O’Hara, who served as MJ’s driver for his six-month Irish stay.

“When it came to the first day you wouldn’t believe how nervous I was. I was shaking. He put out his hand to say hello and then after we shook, he was the same as you and me,” O’Hara said.

Do you agree with RTE's decision to stop playing Michael Jackson's music following the release of the documentary "Leaving Neverland"? Let us know in the comment section below.