Dr. Patrick Treacy, who formed a close bond with his patient Michael Jackson, speaks out. 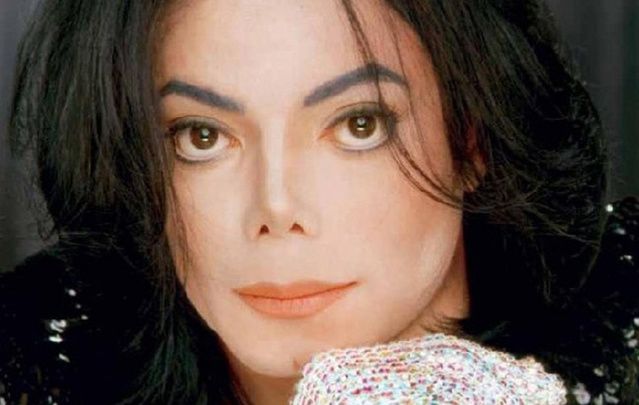 Despite his colorful past and all of his professional awards, celebrity surgeon Dr. Patrick Treacy knows that many who buy his autobiography "Behind The Mask", published in July 2015, will immediately skip ahead to the two chapters where he discusses his world famous celebrity client and friend, the late Michael Jackson.

They met in Ireland in 2006, when Treacy, a celebrity surgeon in his own right, appeared on the Ryan Tubridy show on RTÉ, Ireland's national broadcaster. After the show aired, Treacy discovered a young African-American woman waiting in the green room, who told him she represented a celebrity who would like to meet him.

“I had no idea who it would be,” explains Treacy. “We opened the clinic late at night to avoid the press but at this stage I didn't know who to expect. When he arrived he said, “Hello I'm Michael Jackson,” and then he added, “Thank you for the work you do for the people of Africa.”

To Treacy's surprise, Jackson had already read an article in a medical journal that Treacy had written about the devastating epidemic of AIDS on the continent. “He told me he had read it and that it had made him cry,” says Treacy. “It was clear he wanted to offer humanitarian assistance by scheduling a concert.”

Over the next days and months the pair became friendly. “I stayed in his house in Ireland. One night we started talking about our respective fathers. Mine had been kind, but his had beat him growing up. It was one of the reasons he first started getting into cosmetic procedures. His father used to slag him about his 'black nose'.”

There's little doubt among most observers that Jackson suffered from a form of dysmorphia, which saw him struggle to attain the perfect looks he wanted, with disastrous cost to his appearance over time. Treacy acknowledges that reality but does not comment on the nature of the procedures he was asked to do for Jackson. Instead he focuses on what he loved about him.

“He was incredibly funny, very interested in science and medicine, and one day he picked up a medical book in my office and opened it to a picture of a black child with black and white skin. He told me, 'I know the pain that that child feels,' and then he pulled up his pant leg and I saw his skin was black and white. His whole body was.”

“Another day he had read about the Murray children who had been injured in a gangland fire in Limerick. He said to me, 'Those children are in pain,' and he asked me which hospital were they in. It turned out to be Crumlin Hospital, and I'd worked there.”

But Treacy was reluctant to see Jackson visit given his friendship with Jackson and his concern about negative tabloid headlines so soon after his 2005 court case for alleged sexual abuse. Treacy felt that the star would expose himself needlessly to more press ridicule and he was against the idea of a visit. “It wasn't for selfish reasons, it was more to protect him from the news reports,” he explains.

But then Jackson did something that startled him, he took off his wig and exposed the scalp that had been scarred during a fire on set when he filmed a Pepsi commercial in 1984. “The whole top of his head was completely scarred,” Treacy explained. “Then I felt really sorry for him. At the time, I didn't know he made regular hospital visits like that all the time.”

It probably helped their budding friendship that Treacy, 54, who hails from Garrison in County Fermanagh, wasn't easily star-struck. He had already lived a remarkable life long before Jackson appeared in it, as his new memoir "Behind The Mask" makes clear.

As a teenage schoolboy, Treacy won the amateur Young Scientist of the Year Award for an innovative project to help plants grow. Later he attended Queens University in Belfast in the early days of the Troubles, where he became involved in student politics, and where he had his legs broken for a prank that saw the Tricolor flying over one of the halls of residence.

“It had nothing to do with me, as it happens. Some of the student committee had bullets sent to them over it. It was at the time of the tit-for-tat murders. And at the time Catholics weren't supposed to be doctors, in many people's view,” says Treacy, who still has the scars on his legs.

His mother felt he'd be safer in Dublin and whilst still a medical student there, he traveled extensively, taking a year off to follow David Bowie's legendary "Serious Moonlight" tour as a roadie across Europe. Strapped for expensive college fees, Treacy eventually funded his studies by smuggling cars for a year from Germany to Turkey where he sold them at a considerable profit, which showed his initiative and willingness to do whatever it took for the hard-working student to get by.

And later still, in his first job as a practicing surgeon, to survive a HIV needle stick injury from a Dublin heroin addict, he had to get a piece cut out of his leg in the days before there was any protease inhibitor treatments for AIDS. In the late 80s, this was considered a death sentence.

With effective treatments against the HIV virus still years away, Treacy found that some of the Irish hospital staff he had worked alongside were reluctant to treat him in the aftermath of the incident and soon his relationship with his longtime girlfriend ended too, causing a scar of a different kind.

“Thank God I never seroconverted,” says Treacy, but it is quite clear the rejection he experienced wounded him deeply. “That's really part of what the memoir is about,” he adds. In fact, the memory of it later contributed to his own desire to work on humanitarian projects in Africa around AIDS and to help pioneer new surgeries to help people with HIV.

Among the many notables Treacy has met in his long career are Nelson Mandela, Mother Theresa, Bono, John Lennon and of course, Michael Jackson. In the mid 1990s, he even knew, in a medical sense, Lady Diana Spencer. It's a long way from his humble origins in Garrison, County Fermanagh and "Behind The Mask" tells the story compellingly.

But it's the legacy of his friendship with Jackson that continues to delight and surprise him as time passes. His involvement with humanitarian projects that Jackson also supported continue and Jackson's own passionate international fan base think of him as a particularly eloquent ambassador for the late star.

Think of his diamond crusted glove, think of the moonwalk, think of the sunglasses, think of that red leather jacket with the black trim he wore in "Thriller." Those are the things that mean Michael Jackson, not the rootless and diminished last years of his haunted and rather lonely life.

Those things will all still be famous in five hundred years. That's the man that Treacy remembers and the man he wants the world to recall.

"Behind The Mask" is available on Amazon.com.