Review of The Last Days of Oscar Wilde, by John Vanderslice. 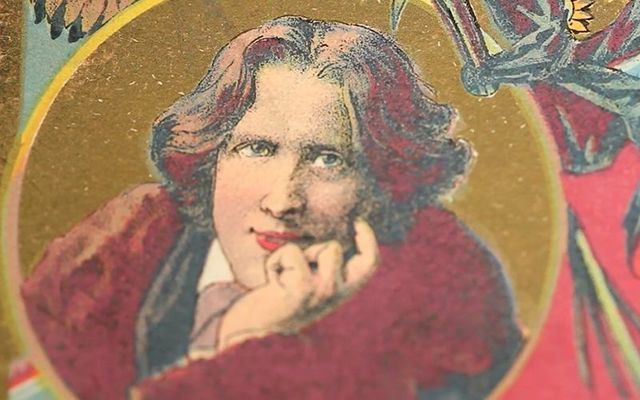 Review of The Last Days of Oscar Wilde, by John Vanderslice.

Running into the late, great Oscar Wilde in Paris in the late 1890s was, depending on your viewpoint, an unexpected thrill or an unspeakable social embarrassment. After all, the famous Irish writer had just been released from an English prison where he had served two years of hard labor for the crime of being gay.

Like many Irishmen who had been unjustly imprisoned by the British, his revenge was to produce a protest ballad about his experiences that would outlast them all.  But while his friends and supporters rallied to restore his spirits in the hope that it would lead to even greater works in the future, Wilde himself had taken a tragic detour both in his life and art. There was, he said, a doom that hovered over him.

In The Last Days of Oscar Wilde by John Vanderslice, the author paints a portrait of Wilde's last years, spent as some might describe it (including Wilde himself, at times) in disgrace and exile.

The Last Days of Oscar Wilde, by John Vanderslice.

He certainly had good reason to think of it that way. Three years earlier he had been the newly anointed king of the London stage. Each play he produced was more successful than the last.  He had talent, position, money and genius.

But after his disastrous love affair with Lord Alfred Douglas (the whey-faced son of the Marquis of Queensbury) had become public knowledge he was prosecuted for the crime of homosexuality by none other than Edward Carson, the father of Ulster unionism and the perennial runner-up to Wilde's first prizes at Trinity College Dublin.

“No doubt he will perform the task with all the added bitterness of an old friend,” Wilde insightfuly remarked about the Irishman who was fated to ruin him.

There was more to their personal animus than many realize. Wilde was an ardent Irish nationalist like his mother, but Carson supported the union with Britain.  They were temperamentally and spiritually each other’s antithesis.

Now living in genteel poverty in Paris, after two years of imprisonment that had wrecked his health and altered his outlook, Wilde had ample time to reflect on the bitter lessons of his life and on the great injustice that had unmoored him.

In Vanderslice's book he is brought miraculously before us again, clearly chastened by his experiences but still very much himself. What fascinates the author, and what he reproduces in The Last Days of Oscar Wilde, is the mystery of Wilde's final years. We understand that he still loves Douglas, but we also see him forced to come to terms with the young man's increasingly dangerous narcissism and treachery.

Reflecting on his time in Paris, it's as if Wilde in this book has fallen in love with both an idea and its outcome: the idea is the fate of love and the outcome is his own tragic dissolution. He is half in love with death.

You can see why Wilde flirted with it.  In Vanderslice's book he is alone and dying of it. Simple human connection and decency are constantly denied him by his scandalized peers. He's been sent to Purdah by a hypocritical nation that has always resented his unruly genius, and few that he loves or admires are willing to come near him now.

In The Last Days of Oscar Wilde the sheer cruelty of Wilde's predicament is perhaps best embodied in his own faithless love Douglas. Targeted and ruined for his orientation, Douglas has no understanding of his mentors’ extraordinary fall from grace or what it spells for his future.

They are nothing alike. Douglas is fated to live a mean and low life in the present as Wilde can already feel himself being claimed by eternity.

In Paris, Wilde is continually haunted by the ghost of his former life and stature. The gulf that has opened between his glittering past and his present circumstances has become completely unbridgeable.

What he did not anticipate, and what most of his contemporaries did not ascertain, was what Vanderslice focuses on: the ability of great suffering to produce great insight. At the end of his life its purpose is revealed to him, and it is still being revealed to us.