KKK, Nazis, racism - Trump voters you knew what you were getting into 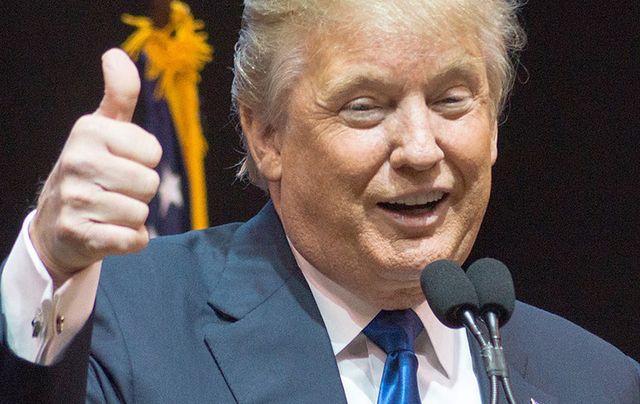 Trump voters, you can no longer claim you don’t know who he is or what he really stands for any more - he has told us

There's simply no hiding from it now. If you voted for Donald Trump then you voted for a racist. You voted for a man who openly defends Confederate statues and publicly calls for equal airtime for Nazis and the KKK.

Because it turns out it wasn’t the state of the economy that put Trump in the White House. It wasn’t deep fear of a Hillary Clinton presidency. It wasn’t even President Barack Obama.

It was good old-fashioned white resentment.  It was the hysterical fear of undocumented immigrants.  It was terror of the supposedly violent inner cities and the African Americans who live in them.

It was Trump’s false promise to make things great again for the unemployed and the overlooked and the underappreciated. He would build a wall to keep us safe from them.  It was good old-fashioned race baiting, and it drove millions of white voters to the polls in the hope they’d see a new dawn for themselves alone.

That not so secret resentment is why millions of you voted for a man who is unfit to feed fish at a mall pet food shop, never mind execute the office of president of the United States of America.

But you did it. You put your great white hope in office because he was white and a man and a TV celebrity, but he is an utter shambles.

Hiring and firing his own craven staff each week with the careless abandon of a middle manager in a failing fast food restaurant (instead of the principled occupant of the White House we would prefer him to be) the backlash over Trump’s incomprehensible antics are growing by the week.

Steve Bannon: who Trump actually created a position for, last out the door.

But the worst thing he has ever done, the worst violence he has visited on the national fabric, was his spectacular failure to unequivocally condemn neo-Nazi racism and white supremacy in the aftermath of violent protests where one of their number killed a peaceful counter protestor and injured dozens.

Trump’s inexcusable hesitation to condemn these braying thugs, and then his mealy mouthed “many sides” qualification of their actions, left his horrified presidential advisory panels with no option but to tender their resignations en masse last week, the better to distance themselves from the spectacle of a president who can see no distinction between Nazi fascists and American democrats.

These white supermacists marched in Virgina the night before the Charlottesville violence.

If you haven’t been keeping tabs on his movements, allow me to bring you up to speed.  Trump disbanded two business advisory councils last week shortly after eight prominent CEOs resigned in just three days, following his “many sides” remarks defending white supremacists.

Then five of the U.S. joint chiefs of staff took the unprecedented step of speaking out against white supremacy everywhere, in remarkably rare public statements on national politics.

You have to understand how extraordinary it is, how bad things actually have to get, for our top military generals to participate in domestic politics.  Yet here they were, speaking out.

“There is no place for racial hatred or extremism in the United States Marine Corps,” Commandant of the U.S. Marine Corps General Robert B. Neller said this week. “Our core values of honor, courage and commitment frame the way Marines live and act.”

Senator John McCain was also appalled by Trump’s tone, saying, “There’s no moral equivalency between racists and Americans standing up to defy hate and bigotry. The president of the United States should say so.”

McCain and the nation had a long wait, and then we were given a two-sided punt.

There are clear signs that even those who voted for him are having serious buyer’s remorse by now. In Boston last weekend between 20,000 and 30,000 people assembled to denounce the racism and bigotry of a planned white supremacist protest after Charlottesville.

Presumably some of them were former Trump voters. Presumably they have had enough.

But you should have known what you were getting. Trump started his political life by pursuing Obama’s birth certificate as though he were a stray dog, not the president of the United States, after all.

Then he began his presidential run by describing Mexican immigrants as rapists and thieves. Then he shockingly hesitated to condemn the former KKK leader David Duke during his long campaign, and he asked the crowds to rough up a Black Lives Matter protester at one of his campaign rallies.

Worst of all, Trump has now shown himself willing to accept the support of far right white nationalists, as long as they help keep him in power, that is.

But after the horrifying events of last week you can no longer claim you don’t know who he is or what he really stands for any more. Or you yourself, for that matter.