Killarney, a favorite amongst American tourists, is a ghost town this year

Typically lively, vibrant, and welcoming, Killarney in Co Kerry has gone quiet this year thanks to COVID-19. 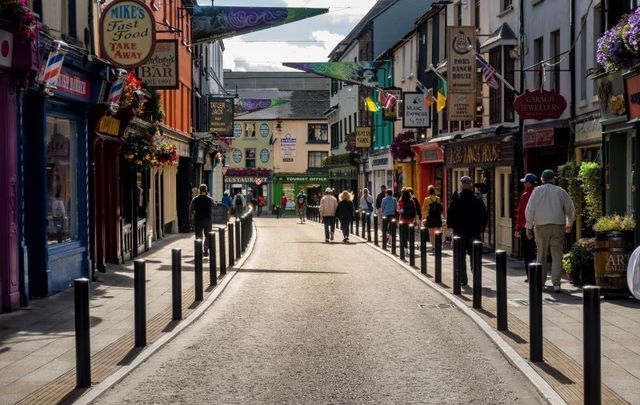 If there was one town in Ireland synonymous with goodwill for Americans, it is Killarney in Co Kerry.

Killarney is a ghost town this year, Rosita Boland in The Irish Times reports. One of America’s favorite Irish destination is in survival mode because of COVID-19.

The thronged streets are no more and Americans are not welcome because of the epidemic over here. It’s not hard to blame the locals for that stance.

If there was one town synonymous with goodwill for Americans it was Killarney in Co Kerry. The reality of the impact of COVID-19 is dispiriting. Lively and vibrant all year round, now there is just a grand silence in Killarney.

Gone is the clip-clop of the jaunting cars as 70 of them, so beloved by American tourists, are idle. Eighty percent of their business comes from Americans, and the Yanks have not shown up. 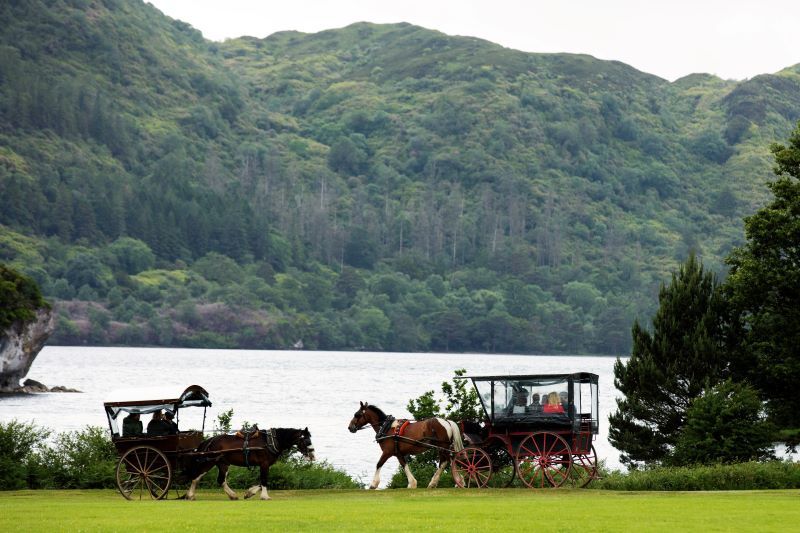 The boats that cruise the beautiful Lakes of Killarney lie moored and silent. Laura Tangey whose family is heavily involved in tourism says their main boat, the Rose of Killarney, holds 80 passengers and sails five times a day during the height of the season -- that’s 400 people a day.

On the day Boland visited, there were a grand total of two people booked.

Meanwhile, the accommodation situation is just as dire. Killarney has 10,600 beds, the most of any town or city outside Dublin.

Unlike big cities with chain hotels however, Killarney hotels are usually family-owned. They are a huge part of the $450 million generated in tourism for the town every year.

Now they are utterly dependent on the staycation Irish domestic market. But they make up only 20 percent of the business, and the hotels are barely hanging on.

The locals all know another year like 2020 will put many out of business permanently, but the unpredictable nature of the virus makes it impossible to plan ahead

In 2017, 1.1 million tourists, mostly American, visited Killarney. This year it will be lucky to be 10 percent of that number.

The connection between Killarney and America has always been strong. Many believe it was fueled in large part by crooner Bing Crosby, the Elvis of his day, who sang Killarney’s praises after a visit there.

The Irish song he is most famously linked to is “Too Ra Loo Ra Loo Ral,” which Crosby sang in the famous movie Going My Way in 1944 and which opens with the words; “Over in Killarney, many years ago…”

The original recording of the song, by Chauncey Olcott, in the early 1900s peaked at number one on the music charts. Crosby's single sold over a million copies and peaked at four on the Billboard music charts

“Christmas in Killarney” is another perennial favorite from the era that Crosby and others popularized.  Tenor Denis Day’s version reached Number 10 on the Billboard charts.

In August 1861, Queen Victoria put Killarney on the map when she vacationed in the town and set off a tourist bonanza that had lasted to this year.

She stayed at the magnificent Muckross House and the local paper reported, “An entire section of the mansion has been set apart for the royal family so that all their apartments communicate without the necessity of passing into the corridors to be used by other occupants of the house. The Queen will live here in privacy.” 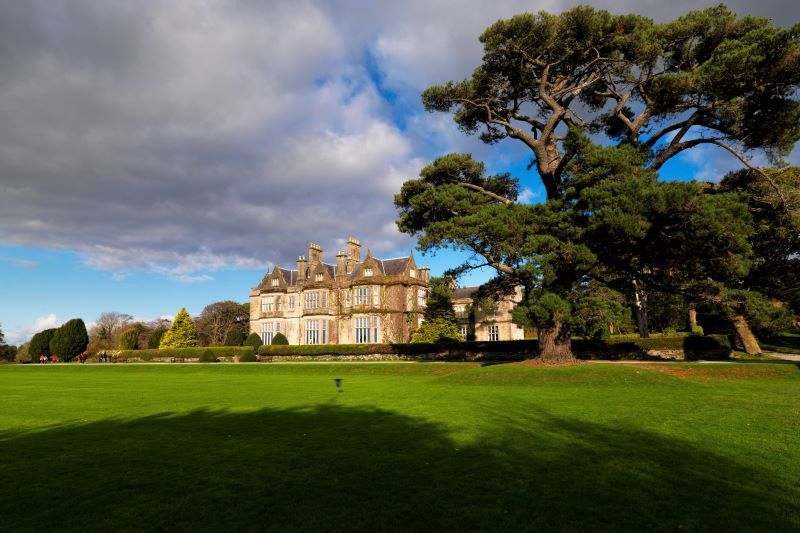 Though it was only a dozen years or so after the Famine which many Irish blamed on her, there were no protests though there was very strict security as 10,000 turned up to cheer her.

It is sad to see Killarney fall on such hard times, but it gives a glimpse of what massive economic damage COVID-19 can do besides the dreadful health impact.

We can only hope for a vaccine to address the current nightmare. The people of Killarney will be among those holding their breath for a cure.