There have been numerous reports of American tourists in Killarney, County Kerry. 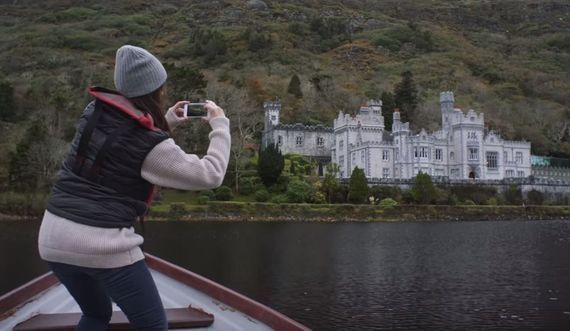 There are growing reports of American tourists in Ireland. Tourism Ireland

A number of Irish citizens have raised concerns about the rising number of American tourists at well-known Irish tourist attractions in recent weeks as Ireland prepares to exit COVID-19 lockdown.

There have been numerous reports of American tourists in Killarney, County Kerry, while there have also been anecdotal reports of British-registered cars coming into Ireland via the ferry.

Listeners called into Cork's RedFM about the issue with one angry listener claiming that he saw a "group of 8 American tourists" queuing for ice cream.

TOURISTS IN KERRY - "SCANDALOUS & UPSETTING" We're speaking to Prionsias who says he's met tourists on the Dingle peninsula from the UK who are not isolating, he told Neil it was "absolutely scandalous and very upsetting." #NpRedfm

The caller, named Stephen, said that he was aghast when the tourists revealed that they were not stuck in Ireland during lockdown but there on vacation.

"I decided to start a conversation and asked them were they were stuck here for the lockdown. I was shocked when they said 'No, we are here on vacation, we only arrived on Friday,'" he said.

Several other callers told RedFM's Neil Prendeville similar stories. One caller said they came across British tourists on the Dingle Peninsula, while the Irish Post reports that one Irish woman ran into six American tourists in the Kerry town of Kenmare who had flown into Belfast and rented a car.

An Irish woman additionally rang into C103 Cork, another Cork radio station, to say that two American tourists had asked her for directions in Killarney.

The woman, named Sinead, said that the tourists had flown to Britain before flying to Northern Ireland and renting a car.

Sinead in #Killarney is telling Patricia how 2 American tourists she was chatting too at the wknd after they asked for directions came to Killarney after flying into the U.K., then travelled onto Northern Ireland & then to the Republic and to #Kerry

The United States has emerged as the epicenter of the coronavirus with more than 2.8 million confirmed cases of the virus, roughly one-quarter of the total number of cases in the world.

More than 130,000 people have died in America from COVID-19 and residents of the United States are not allowed to enter the European Union at present.

Ireland's current COVID-19 restrictions force travelers coming into the country to self-isolate for two weeks and fill out a form letting the authorities know where they will be self-isolating.

However, there are growing concerns that some travelers are slipping through the cracks.