Cead Mile Failte to all of you out there at this special time of the year when ye are celebrating July 4th freedom in the shadow of the Statue of Liberty on your coast of the Wild Atlantic Way and the Orange marching season in preparation for the ritual 12th of July marches begins to get into its skirling stride over here. 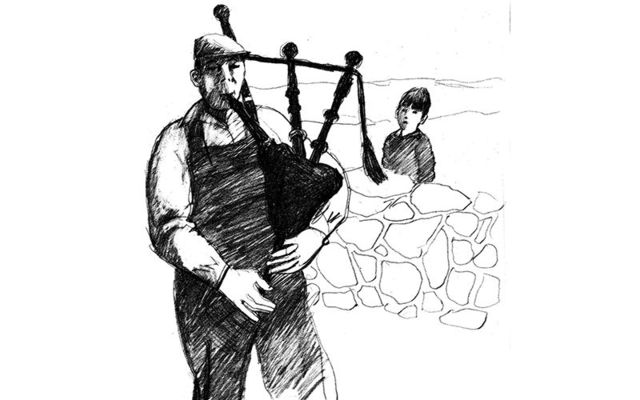 Cead Mile Failte to all of you out there at this special time of the year when ye are celebrating July 4th freedom in the shadow of the Statue of Liberty on your coast of the Wild Atlantic Way and the Orange marching season in preparation for the ritual 12th of July marches begins to get into its skirling stride over here.

And, clear as the Liberty Bell, this Ulster mind flits back home after more than 60 years, to hear our Orange neighbors who were members of the Orangemen’s pipe band practicing their piping skills in their own backyards.  Some of them, the ones I remember most, were good neighbors, superb farmers of their time and season, and about the worst bagpipers in the whole wide world.

Their big hands were designed for farm chores rather than the chanters of the bagpipes they played during the marching season.  Still they practiced their piping evening after evening so that they could march in their kilts with their Orange brethren every 12th of July.

Read more: This July 4th we ask what have the Irish done for America?

I hear them now with different ears than when I was a boy from the minority Catholic community which was harshly treated back then by the descendants of the Planters that ruled us totally along what was a hard border indeed.  There was no backstop of any substance at all then during the Orange marching season.

The piping and the drumming was a political instrument that was deployed more loudly around any flashpoint between the communities bound together by our tragic but I suppose colorful history. Our Fermanagh neighbors that I heard practicing though, right through the June evenings, were, I swear, still without malice, the worst pipers you have ever heard in your life.

It’s a reality, I think now, that the Orangemen, planted into Ireland by the English overlords, were divorced by their culture from the rich trove of Irish music, song and dance treasured by the natives who, in all fairness, were dedicated to their own tradition of constant rebellions against them right from the beginning of the process.  Many of you know the details of those rebellions in more detail than I do, but the totality of them may well explain more than what we now observe on the political surface of our Brexit-related chaos right across Europe and beyond.

There are suggestions currently, for example, across much of the media, that the fallout from whatever happens in October could incredibly produce a real United Ireland.  The mind boggles, yes, but the current English government at time of writing has only been kept in power in recent years by the support of the Democratic Unionist Party led by the formidable Arlene Foster.

Nobody knows what will happen on the political front over here before this year ends.  Who would have believed a month ago, for example, that a serving U.S. president would exchange a handshake with Kim Jong Un in North Korea and the pair would arrange to visit each other in the near future?

The Orange farmers I heard as a boy in our borderlands along the Erne would have been shocked and horrified by the modern reality that our President Michael D. Higgins can safely attend major functions on the Belfast side of the old border and be respected and listened to up there with maybe more respect than the likely incoming English leader Boris Johnson of the divided Tory Party who is not popular around Stormont at all.

Their dreadfully misused warpipes would have skirled even more discordantly if they were still in action today for the Orange marching season. I checked today and both those good Orangemen have now passed and reside in the dimension above us all. I sincerely hope they have left their bagpipes behind them!

Finally for now, there was an intriguingly accurate piece on IrishCentral.com detailing how one with any Celtic blood in their system at all can use a map of the ancient spread of the Irish clans across the provinces to discover more facts of their ancestry. Because I know the provinces very well, and have resided and worked in all of them since I escaped those dreadfully inept pipers, it is remarkable indeed how accurate that map of the clans’ heartlands still is today. It would be well worth your while to check it out ASAP and learn more about your original roots.

Meanwhile, relish all the celebrations surrounding the glorious freedom of independence below the Statue of Liberty.

Read more: The Irish and Irish American signatories of the Declaration of Independence