Courteney Cox and her Irish rock star beau Johnny McDaid are enjoying their lives, but she confessed that they’ve got different terminology for describing their union. 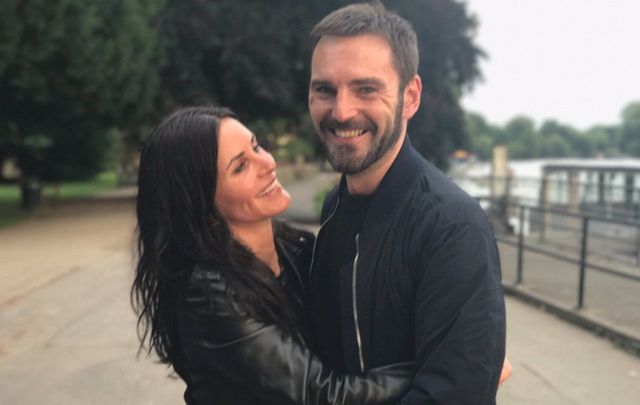 Courteney Cox and her Irish rock star beau Johnny McDaid are enjoying their lives, but she confessed that they’ve got different terminology for describing their union.

Court recently sat with her pal Jimmy Kimmel on his late night talk show and said she’s not a fan of the word “partner,” which Johnny regularly uses.

“He’s my guy, he’s my one,” Courtney said of her Co. Derry-born guy, part of the rock band Snow Patrol.

Partner just doesn’t do it for Courteney, though.

“He’s my partner, that’s what he calls it, ‘my partner,’” Cox shared.  “I’m from Alabama, so you don’t really say partner unless you’re in the same sex…saying partner is difficult for me!”

A mix-up in Atlanta also led Courteney stick with her “guy-one” label.

“I was in Atlanta not that long ago and I was like, ‘Oh, I’m supposed to meet my partner in section F,’ and they were like, ‘Oh, I’m sure she’s going to be there, don’t worry about it,’ ” Cox laughed. “Not that it matters, but it’s just a different way to speak.”

The couple spent the New Year holiday in England.  They were engaged a few years ago, broke up and re-coupled and seem happy as clams ever since.

You can watch part of the former "Friends" star on "Jimmy Kimmel Live" here:

What do you think of her pet names? Do you have an unusual term of affection for a loved one? Let us know in the comments section below.