Hollywood star penned "It was an honor to have known Gerry Conlon and to call him my friend." 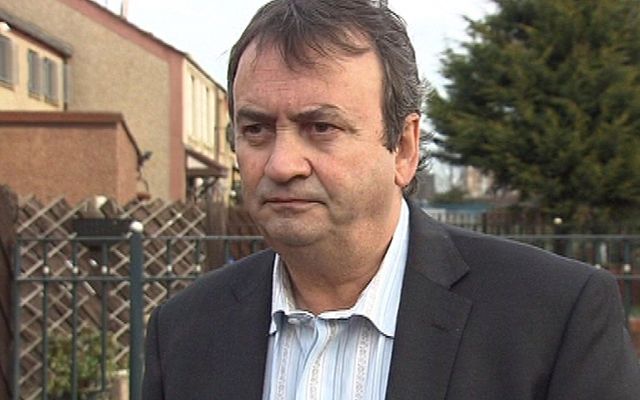 The late Gerry Conlon, wrongly convicted of a horrid pub bombing in the U.K. in 1974 along with three others who collectively became known as the Guildford Four, had a notable friend in Johnny Depp, who penned the foreword to a new book about Conlon’s life.

In the Name of the Son: The Gerry Conlon Story has an effusive tribute to Conlon from the Hollywood superstar.  The book is written by Conlon’s friend Richard O’Rawe, and in it Depp recalls meeting Conlon at a talent agency in LA in 1990.  By that time Conlon and the other Guildford Four members had been freed and paid compensation by the British government, and their life stories were considered hot properties in Hollywood.  (Daniel Day-Lewis played Conlon in the Jim Sheridan film In the Name of the Father.)

In The Name Of The Son - The Gerry Conlon Story https://t.co/sxXQWjOc6U

“It was his eyes that got me. Eyes that simultaneously exuded wisdom and a childlike purity; a desire to live and love. There was no question that these powerful eyes had seen and experienced much. This was Gerry Conlon,” Depp wrote of their first meeting.  (His foreword clocks in at a hefty eight pages.)

Read more: Paul Hill on Gerry Conlon - The anniversary of the Guildford bombings

Not long after that first encounter, a press release about the books reports, Depp “recalls how the pair met for lunch and Conlon suggested that Depp might play him in the film that was being developed about his life and the wrongful conviction of the Guilford Four. Depp remembers being ‘more than touched at this profoundly personal invitation from this man, I was already on the deck wiping away tears (as was he).’”

Conlon passed away at the age of 60 three years ago from lung cancer.  He also developed a serious drug abuse problem in the years after his release from jail.

“It was an honor to have known Gerry Conlon and to call him my friend,” Depp wrote. “Once we’d just left a bookstore in Dublin.  Me with a handful of Brendan Behan’s books, and Gerry with a present, a beautifully hand worked leather wallet, with one word etched onto it saoirse, meaning freedom.

“It’s in my pocket as I write these words.”