Irish drought a result of dreadful water management for decades

We are now a month into what has been declared officially to be a national drought.  The last time we had a significant amount of rain was nearly two months ago. 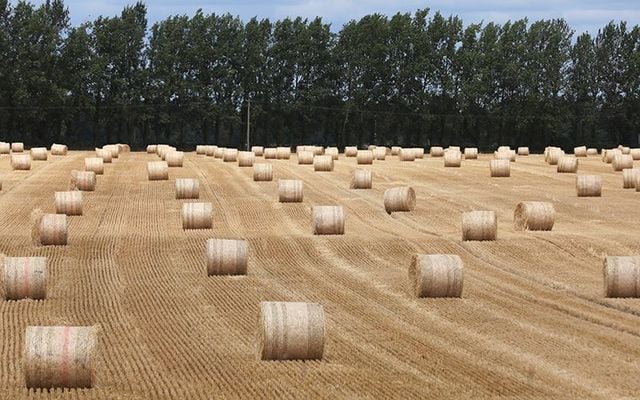 A parched field on a farm outside Naas, Co. Kildare last week. RollingNews

The current water shortage in Ireland is the result of decades of bad management and a lack of forward-planning.

Down the country over the weekend, we walked through fields belonging to a friend who is a dairy farmer. Under our feet, the dry grass made a crunching sound like broken glass.

The pasture that should be a lush green at this time of year was a dusty brown and yellow.  And it was the same in field after field, more like a landscape in Mexico than the 40 shades of green one expects in Ireland.

We are now a month into what has been declared officially to be a national drought.  The last time we had a significant amount of rain was nearly two months ago.

The parched, shriveled grass stopped growing weeks ago from the lack of moisture, with the result that farmers are now feeding cattle from whatever supplies they have for next winter.  Even providing the 35 gallons of water a day a cow needs to drink is difficult in some areas.

Farmers are desperate, but this crisis is not just affecting the countryside.  In fact, most of the attention here now is focused on domestic water supplies in towns and villages around the country and particularly in Dublin.

The ongoing Irish drought has created an evaporitic environment in the Burren National Park, where the surrounding limestones have saturated the lakes with minerals. #skepticgeotour pic.twitter.com/9MuaoDFNKw

Many places have restricted supply, including group water schemes in rural areas around the country.  But it's in the cities and especially in Dublin where the concern about supplies running out is the greatest.  In Dublin, we have had a hosepipe ban for weeks, and water pressure at night is lowered to a trickle in many parts of the city.

So far the system is just about coping. In our house, we keep a plastic basin in the sink so we can reuse water on plants in the garden.

People are being told to have quick showers, not baths.  Washing cars or spraying lawns is forbidden.

We did have a sprinkling of rain in various places around the country over the weekend, and a few more showers are forecast for this week.  But this heatwave has gone on for weeks and that is nowhere near enough to make a difference to the height of water in reservoirs, lakes and rivers.  After several weeks of drought, we need days and days of a sustained heavy downpour to begin to get back to normal.

The current situation is the last thing you might imagine happening in Ireland, famous as we are for our endless gentle rain.  But it's real and we are woefully ill-prepared to deal with it for various reasons.

For a start, the fact that we usually get so much rain here has made us careless about water supply for a century or more.  We have failed over the decades to invest in water infrastructure and we are still largely relying on collection systems, treatment plants and piping that date from the Victorian era.  The result is that we now need to spend billions on bringing our water system up to date, but no one wants to foot the bill for doing so.

Our freshwater provision and wastewater disposal have been handled up to now by over 30 local councils, with poor coordination between them and never enough funds to do what was needed.

Today Kate talks about new details on our website for the Greater Dublin Area relating to restrictions in place & why we implement. Also she talks about current water usage, showing the positive impact the public's water conservation efforts have had. https://t.co/GyUklzPGc2

This has resulted in problems not just in supply but also in the disgraceful reality that we are still discharging wastewater, including poorly treated sewage, into rivers, lakes and coastal waters in many areas.  It's Third World stuff in a First World situation.

You will remember that a few years ago the government—under pressure from the EU which has legal standards for water—tried to tackle this by setting up a national utility called Irish Water, which was going to borrow the billions needed and then fund repayments by charging people for water.  Water meters were installed outside half the homes in the country at a cost of around €500 million.

But instead of progressing, the whole project was undermined by left-wing populist politicians, with Sinn Féin and Fianna Fáil (who had previously supported water charges) shamefully following suit because they were afraid of losing seats in the Dáil.

The whole thing turned into a shambles. The government pulled the plug on charges and the installation of water meters was stopped even though we already have half a billion worth of meters in the ground.

Irish Water has survived this mess and is doing its best with the inadequate level of direct funding it gets from the government.  But without a steady revenue stream from domestic water charges, it is unable to borrow the billions needed to make rapid progress on increasing supply and updating distribution.

In Dublin, around 40 percent of water is lost through leaking old pipes before it gets to the taps. The growth in population in the Dublin area during the boom and since then means the city now has a buffer margin of just a few percents between supply and demand even in normal weather.  Which means it is always on a knife edge, and a situation like the present dry spell is enough to cause a crisis.

In recent weeks the very same politicians who opposed water charges have been criticizing Irish Water and the government for the limited supply, demanding action, extra investment and so on.  The brass neck involved is jaw-dropping.

The current drought and the resulting water restrictions are starting to make some people here rethink their attitude to water charges.  Even if we get our normal pattern of summer rainfall from now on, the current restrictions will have to continue for months.  The ground is so dry it will take weeks of rain before levels in reservoirs improve.

‘It never ceases to amaze me how quickly Ireland can be in drought conditions’ https://t.co/8j3N67YpT3

Based on comments in the media, some people who had opposed charging for water are now accepting that charges would be better than the present situation.

Coincidentally, in the last week or two, the government has moved to make Irish Water a stand-alone semi-state company, instead of being under the wing of the entity that runs the national gas network.  This may well be the first step into getting Irish Water into a position where it can start raising capital, with or without domestic charges, and also start to rationalize its workforce which is still indirectly employed through the local councils with all the inefficiency and overlapping that involves.

A few more droughts like this in the coming years, especially if that results in supplies being cut off in parts of Dublin, could see a radical shift in public thinking on water provision and water charges.  With that in mind, Irish Water needs to be ready.

Dublin poses the most difficult problem since the surrounding catchment area simply does not produce enough water for a city of the capital's scale.  And the population of the wider Dublin and eastern region is expected to grow by 500,000 in the next 20 years.  That is the reason there is now a proposal to build a pipeline from the river Shannon to Dublin so that millions of gallons of water can be extracted from Ireland's biggest river.

This is a controversial project among people living near the Shannon, despite the fact that the river floods almost every winter covering large areas of surrounding land and leading to cries for compensation from farmers.  If it does go ahead it might be possible to transfer all this excess water into a new reservoir somewhere in the Midlands during the winter months rather than extracting too much water from the Shannon over the summer.

Of course, critics of the billion euro project say there would be no need to rob water from the Shannon if all the leaks in the pipes in Dublin were fixed. There is some truth in that because in other cities with old networks (like London) leaks have been reduced to around 20 percent.

No doubt Irish Water will be aiming over time to match this.  But the reality is that repairing all the old water pipes deep under Dublin's streets will be far more expensive than running a new pipeline from the Shannon.

Whatever happens, the current heatwave and drought in Ireland is a warning that the present arrangements relating to water here are simply not viable into the future. It's time we faced up to reality before we get into a really difficult situation.

None of that means we should not enjoy the good weather, of course, although the last few days have been muggy rather than sunny.  And in case you think we were exaggerating with the reference to Mexico at the start of this column, the fact is that temperatures in Dublin last week were as high as Acapulco!

Did you agree with Irish Water at the time? Let us know your thoughts on the situation in the comments section, below.