Rosslare Europort in Co Wexford is examining options to help hauliers avoid delays that may occur on the UK landbridge after Brexit. 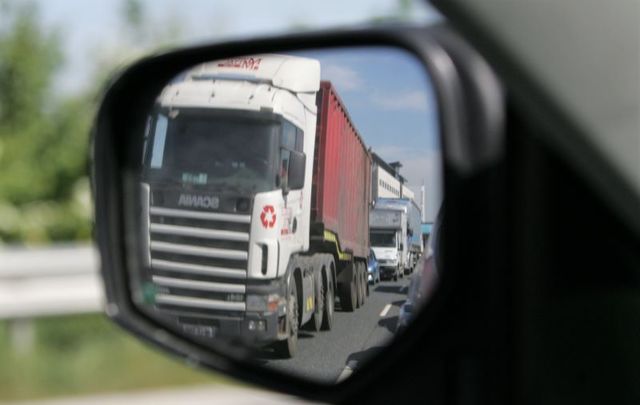 Irish truckers, fearful of being clogged up in Britain after Brexit on their way to the continent, are working towards establishing a frequent ferry service to mainland Europe.

Concern over the prospect of two-day delays in queues of 7,000 trucks at the Port of Dover if the EU and Britain fail to agree reduced border checks have prompted advanced talks for a direct ferry service.

Rosslare Europort is in talks with a shipping company to start the six-days-a-week service to continental Europe for hauliers looking to avoid any post-Brexit congestion on the UK landbridge, according to a report in The Irish Times.

Glenn Carr, general manager of Rosslare Europe, told The Irish Times that there may be capacity on the existing direct routes, but hauliers want certainty and frequency beyond a three days a week service.

“There are not great options for the haulier, for the manufacturer, for the exporter, for the importer. There needs to be more choice," Carr said.

“While there might be capacity there it is the frequency and sailing time and speed of sailing time that is critical. We need a frequent fast service to mainland Europe, and I am very hopeful that is what we are going to deliver.”

Carr estimates that between 40,000 and 50,000 of the 150,000 to 170,000 lorry journeys a year crossing the UK land bridge to continental Europe – with two ferry services, across the Irish Sea and the English channel – could transfer to direct ferry services if post-Brexit border checks cause delays.

The land bridge remains the cheapest and quickest route to continental Europe for Irish importers and exporters, but the prospect of two-day delays and long queues of trucks at Dover creates uncertainty for time-sensitive deliveries.

Carr said he hoped the new service would be in place by the time the transition period ends, when the UK faces border checks after leaving the EU single market and customs union.