The Irish Repertory Theatre is staging a remarkably nimble examination of the cost of British colonial exploitation both to the victors and the vanquished. 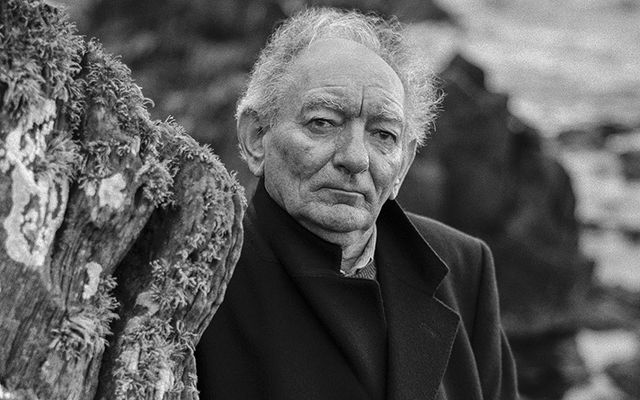 Oppressing other nations is an all-consuming business -- just ask the exhausted British. After four centuries of empire building, when finally presented with the bill, they voted to turn their once sceptered isle into a sour fortress, dropping an iron portcullis on the world.

Brexit is just the latest chapter in a long, hubristic farewell tour, where the greatest hits – jingoism, chauvinism and sectarianism – have been unconvincingly repackaged as principal rather than prejudice. Well, good luck with that.

Ireland, thanks to its unwanted attentions, is much further along with its post-colonial studies.  Since independence the Irish have had to grapple with the profound damage of its empire building, as they slowly stepped out of the smoking craters they left behind as fare thee wells.

It’s Ireland’s playwrights and poets – not the politicians – who have done most of the heavy lifting, of course. When Brian Friel formed the Field Day Theatre Company in Derry in the early 1980s, he and fellow writers and academics like Seamus Heaney and Seamus Deane set themselves the sobering task of finding a way to articulate where Ireland was and where, with their imaginative intervention, it might find itself if it committed to the journey.

It’s not hubristic to say that Field Day changed how the nation thought about the Irish question. By the middle of the next decade President Bill Clinton and Gerry Adams were quoting liberally from Field Day plays and pamphlets, to bolster the emerging peace process, which had taken many of its cues from the writers themselves.

This month, with its usual canny timing, the Irish Repertory Theatre is staging the New York debut of founding Field Day playwright Brian Friel’s The Home Place, a remarkably nimble examination of the cost of British colonial exploitation both to the victors and the vanquished.

Friel reminds us that at root colonialism is a matter of power, not justice, a timely message in this year in which those with great power are bluntly using it to advance their own narrow interests as they cruelly curb their opponents.

The Home Place is set in the long, hot August of 1878 in Co. Donegal where the widowed Christopher Gore and his son David, both in love with their housekeeper Margaret, reside at the Lodge, the Gore family home.

Christopher’s cousin, Dr. Richard Gore, has arrived to pursue a Darwin-inspired scientific theory.  By measuring the craniums of the local Irish, he hopes to demonstrate their inferior place in the natural order.

Conscience is always looking for a foil in other words, and so Friel takes a sobering look at the lengths otherwise decent people will go to convince themselves they have acted with integrity rather than self-interest.

This being Donegal, the locals don’t take kindly to the aim and intention of Dr. Gore’s quackery. At a time when they were still paying Anglo Irish landlords to live in their own country, Dr. Gore’s intention is seen for the insult it actually is.

It’s also well to remember that eugenics, where bogus science is used as a fig leaf for white supremacy, isn’t just yesterday’s news. In Northern Ireland in the 1990s Richard Lynn was professor of psychology at University of Ulster in Coleraine (he is now professor emeritus).

Lynn believes that IQ tests can be used to determine the worth of racial groups and nations. He argues that the nations with the highest IQs must subjugate or eliminate the lower-IQ groups within their borders in order to preserve their dominance.

Lynn wrote, “What is called for here is not genocide, the killing off of the populations of incompetent cultures. But we do need to think realistically in terms of ‘phasing out’ of such peoples. If the world is to evolve more, better humans, then obviously someone has to make way for them…to think otherwise is mere sentimentality.”

Lynn still operates at the shaper end of the kind of thinking that Friel explores in this utterly absorbing play, which is tellingly set at the start odd the Land Wars, a time when the new push for Irish independence is gaining real traction.

If the long hot summer of 2017 has taught us anything, it’s that white supremacists and their apologists cannot bear to live in peace with their neighbors still, especially if they are of different races, faiths or political views.

Director Charlotte Moore has picked the perfect time to reflect on the hard lessons the Irish have learned about the lengths that people will go to justify their plain old exploitation and theft.

The Home Place begins previews on September 27 and will run through November 19. For tickets call 212-727-2737 or visit www.irishrep.org.